A Gift for Dad

It’s my dad’s birthday today and I don’t have a present for him. It doesn’t help that I’m currently three time zones away, although even that is better than the fourteen or so when I was in Korea.

It’s not totally my fault though. He’s very hard to buy things for. For one thing, he’s just so darned contented. He doesn’t need anything except his family and peace on earth and he’s already got one of those, and the other one is a little out of my price range.

I remember the first thing I ever bought him. I think it was for his birthday, but it might have been for Father’s Day. I don’t know how old I was, but probably around five. When you’re five, you don’t pick out a present and you definitely don’t buy it. It’s more a situation of your mom saying, “Here, this will be your present to Dad.” But when you’re a kid, from that moment on, it’s YOUR present to give, just as much as if you’d carved it out of the earth yourself.

I gave him a staple remover because Mom said he didn’t have one. It probably cost a dollar, especially considering this was in the 80s sometime. I remember him opening it, and I will always remember what he said, even though it was over 30 years ago. He said, “Do you know, for years I have been taking staples out with my thumbnail?” My little heart swelled with pride at that because I was helping Dad. I had given him something he needed. 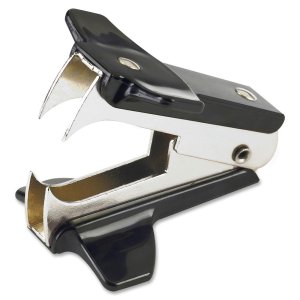 Pictured: a five-year-old’s idea of a good present

I’m not going to say that was the last good present I ever got him. I made him a glass chessboard once when I was a teenager that I think was pretty spiffy and once I made him a leather sheath for his scout knife. It’s always a bit of a challenge though to find that perfect gift, what the French probably don’t call le cadeau juste.

Don’t think I’m blaming him, however. The fact is, I’ve taken after him quite a bit in this regard. I’m pretty darned contented myself, as exasperated female members of my family might readily attest. But growing up, here’s what the list was, in terms of possible gifts:

Every now and then, I get some grand ideas for gifts for people that involve way more time and resources that I have. I would probably start with a drawing and end up five hours later with a plan to make a personalized movie featuring interpretative dance that symbolizes the passing of the seasons in Newfoundland. My planning process is often just a sine wave oscillating between flights of fancy and blunt realism.

This is unrelated, but it was the first result when I did a Google search for “interpretative dance Newfoundland seasons”

A lot of the problem is money too, because I’d love to buy him a canoe and a trip for two to France or Peru, or both, and maybe a self-shoveling driveway.

But, in lieu of all the things that I either can’t get you or you don’t need, I’ll give you this blog post, Dad, if only because I know no one else got you one and you don’t have one already (this does not include Facebook posts, I will note, since my sister writes devastatingly beautiful and poetic tributes to people on Facebook that always leave me feeling choked up and envious).

I love you Dad and I hope you have a wonderful birthday. Someday, perhaps, we will be in the same time zone and maybe even the same zip code and I can say it in person. 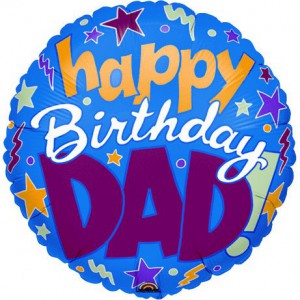 I am a writer of anything quirky and weird. I love most genres of fiction and in each there are stories that I would consider "my kind of story". END_OF_DOCUMENT_TOKEN_TO_BE_REPLACED
This entry was posted on Friday, March 24th, 2017 at 2:33 am and tagged with dad, gift ideas, gifts, happy birthday, humor, outside the tower and posted in Uncategorized. You can follow any responses to this entry through the RSS 2.0 feed.
« Pay to Play Pedagogy
We Swiped Right on Monstr »

4 responses to “A Gift for Dad”