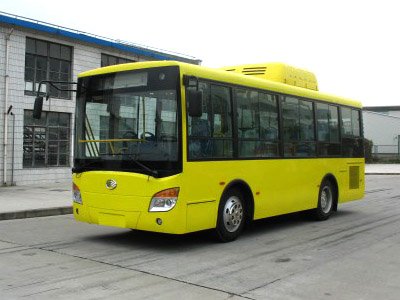 I live in the town of Jeonju, South Korea. It’s a medium-sized city of 650,000 people in the southwest of the country. It has always been famous for being a traditional, historic Korean city.

Then they elected a new mayor: Mayor Kwak Min-Gi. He was young for a mayor and had an artistic temperament. He wanted to make Jeonju into a easy-going, free-spirited, stop-and-smell-the-roses sort of city. Not a very Korean ideal and a bit of a hard sell.

One innovation was the “karaoke stoplights”. Now, instead of being on timers, each intersection has a song assigned to it. Directional mikes are set up and the side that sings the loudest gets to go next. If you get stuck with a bunch of sullen drivers, you can sit there for twenty minutes or more. People were a little resistant at first, but it slowly caught on.

Now, to get across town to my friend’s house I have to sing three Korean ballads, two K-pop songs and Adele’s “Rolling in the Deep.” Don’t think you can just let everyone else pull their weight either. Men in business suits will be leaning out of their windows, singing at the top of their lungs and yelling to everyone else, “Sing, dang you! I’m late for work!”

Another innovation was the “artistic vehicle” movement. Cars in Korea are almost complete black, white, or gray. Mayor Kwak offered huge discounts in vehicle taxes to anyone who decorated their own car. Koreans are natural artists and everyone likes to save money, so it didn’t take long to catch on. Now, you can look out on a traffic jam of green, yellow and neon pink cars; cars with Hello Kitty on the hood; cars with childish scribbles on the doors; and vans plastered with the entire casts of Korean dramas. The upside is that it is now very hard to lose your car in a parking lot.

My favorite innovation, however, was the “meanderbuses”. These were buses that did not have a set route. They just went wherever the driver felt like. These took a little longer to become popular and even now, they’re not used a lot. After all, it’s hard to take one to work when you don’t even know where it’s going. Which is precisely the reason I love them.

You have to keep your eyes peeled. There are only five meanderbuses for the whole city. You can follow them on Twitter if you want to know where they are currently, or just use the old-fashioned method, which is a group of spotters who keep each other informed.

Every time I ride one, I find a new place. Once the bus went out into the mountains on little one-lane roads for about an hour and drove past five toothpick factories in a row. Another time I found the Jeonju Museum of Culinary Snake Meat Substitutes. Who knew?

Last Thursday I was waiting at the bus stop to go to work when a meanderbus showed up. Of course I took it and called in sick. It was good that I did too. Mayor Kwak was on that bus, showing off the program to a group of reporters and government officials. They asked me how I liked it and I told them it was great. We cruised around Jeonju for a couple hours and then had lunch at a galbi restaurant that was housed in a former bomb shelter complex, built under Mount Hwasan. I didn’t even know it was there before.

I am a writer of anything quirky and weird. I love most genres of fiction and in each there are stories that I would consider "my kind of story". END_OF_DOCUMENT_TOKEN_TO_BE_REPLACED
This entry was posted on Monday, July 30th, 2012 at 12:00 am and tagged with bus, fiction, quirky and posted in Light. You can follow any responses to this entry through the RSS 2.0 feed.
« Living with Fear
Travelers Beware »