The factory was at rest; most of the lights had been turned off and only the low hum of the machines showed any activity at all. The caretaker walked down the empty aisles, between rows of machines that had worked tirelessly for over nine decades. There were thousands of machines, each with its own specific purpose. The caretaker knew each one and what it did. He remembered things that each had made.

Through peace and war, times of hardship and plenty, the factory had gone on. There were times when only a few departments produced anything at all—lean times when people worried and belts were tightened. Then there were years when every department was working at full capacity and the building seemed hardly to sleep at all. In the last few years, production had slowed gradually, year by year, unable to keep up the capacity it had sustained in its earlier days. 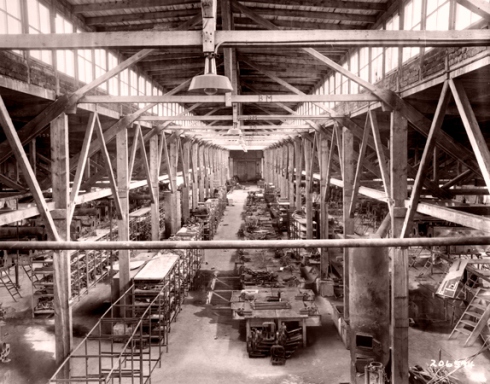 The caretaker made his way to the master control booth, situated high above the factory floor. He looked over the whole floor and saw the red and green lights winking at him from the control panels of the machines down below. He thought about all the things that had gone out from the loading bay to enrich the world, all the millions of things now scattered all across the world, that had been made on that very floor. No one would know the impact they had all had. The world would miss this old building, but there would be others and no building can last forever. After one last look, he began to pull the master power breakers. They fell into place with a thunk and one by one, the machines below went dark.

There is a time for everything, and a season for every activity under the heavens:

I am a writer of anything quirky and weird. I love most genres of fiction and in each there are stories that I would consider "my kind of story". END_OF_DOCUMENT_TOKEN_TO_BE_REPLACED
This entry was posted on Tuesday, November 27th, 2012 at 11:30 pm and tagged with closing, death, factory, fiction, mid-week flash, shutdown and posted in Dusk. You can follow any responses to this entry through the RSS 2.0 feed.
« Assa! (Nanowrimo is over)
The Making of the Squid, Part 1 »