The Ghost Town by the Shore

I staggered onto the rickety wharf after floating for two days on the open sea. My ship and comrades were in the watery depths and I had given up hope until I spotted land.

Coming into a secluded bay, I had been overjoyed to see a village ahead of me. Now I saw that the buildings were like none I had ever seen before. Everything was eerily quiet as I made my way forward.

I walked among the building in bewilderment. The entire place was deserted, yet nothing was damaged. There were no signs of war or fire or disaster of any kind. Everything was open, as if the people had simply evaporated. 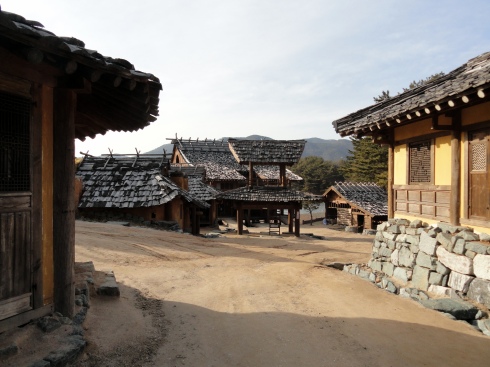 I began to wonder even what country I was in. The roofs all held a singular symbol: a stylized yin-yang swirl above a fish. The carving was amazingly intricate and I wondered if I had stumbled onto an artist colony. 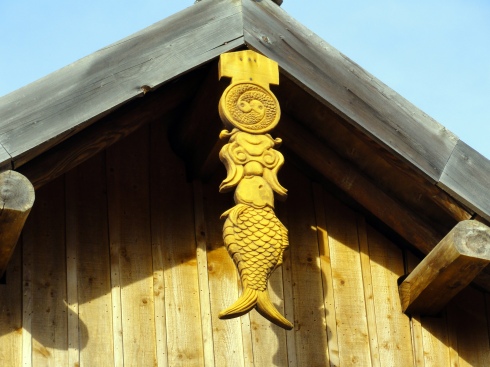 I entered one of the larger buildings and found the first signs of serious industry. It looked like a forge or a refinery and when I advanced a little further, I saw that there was still molten metal in the bottom of the crucible.

I looked closer and got the first real shock since arriving in this ghost town. All the nagging apprehension came back to me in a rush. The molten metal was not real. It looked red, but the surface was cold. I touched it, tentatively. It was glass.

I ran outside and down another street and found myself in a market. As I looked around, I saw the one sight I longed to see more than any other: food. There were stalls filled with fruits and vegetables, with no one in sight. I rushed over, but to my dismay, I found all the food to be mere imitations made of a spongy white substance and totally inedible. 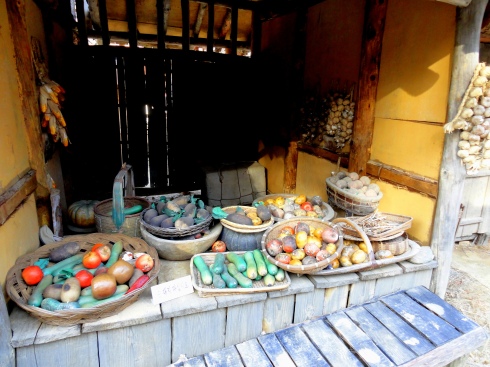 As I continued on, I found a weapons shop, loaded with enough swords, spearheads and bows to equip an army. I picked one up and found it as light as a feather. Even the weapons were not real. 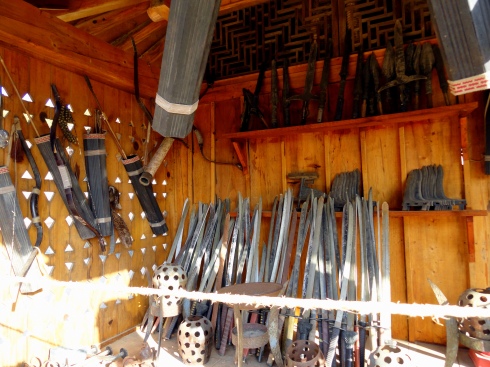 I passed through street after street of shops selling cloth, medicine, animal skins, dishes, and a multitude of other things. Everything sat out as if for sale, but no one attended them. I began to wonder if ghosts inhabited the silent town, like some weird necropolis where the dead roamed after nightfall. 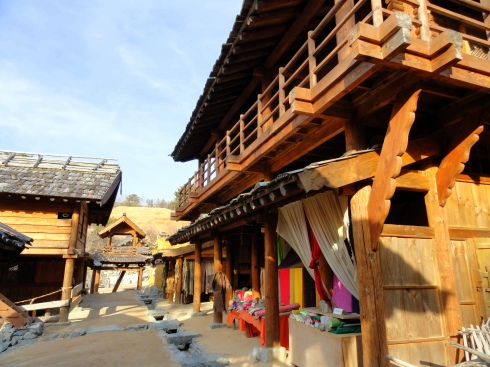 I was becoming thoroughly uneasy and kept looking over my shoulder. The sun was close to setting and now I was terrified of being trapped in this place overnight.

On my way back to the shore, I found myself in a large room with items displayed on each side. I caught sight of a large portrait and stop to stare at it in wonder. It showed a beautiful girl, dressed as a soldier and wielding a sword, but what was so amazing was the skill of the painter. It was completely true to life and even when I looked closely, I could not detect a single brushstroke. I fled, lest the magic that hung over the place trap me there forever. Surely that silent, unreal town could not have been made for human habitation. 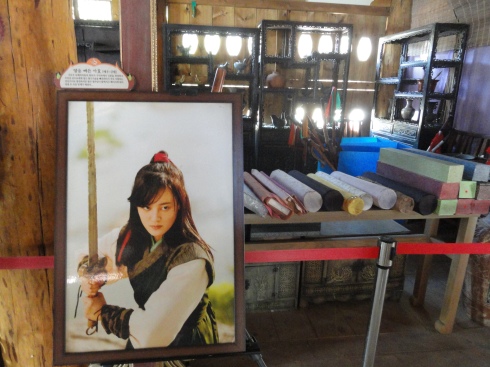 Hi, David here. I guess you could consider this post a sort of Visual Fiction extravaganza. It’s based around a place I went last Friday, in Changwon, Korea. It’s a set village for filming historical dramas and is unique because the buildings are a much different style than most you see in Korea. During the off season it is left open with all the props still there and on display. When we went, there was no one there at all, which made it a very cool place to poke around and explore. And just to prove I was actually there and didn’t just find pictures on the Internet…

I am a writer of anything quirky and weird. I love most genres of fiction and in each there are stories that I would consider "my kind of story". END_OF_DOCUMENT_TOKEN_TO_BE_REPLACED
This entry was posted on Monday, February 11th, 2013 at 12:33 am and tagged with Changwon, creepy, deserted, drama, filming, ghost town, historical, Korea, photograph, travel, visual fiction and posted in Visual Fiction. You can follow any responses to this entry through the RSS 2.0 feed.
« This isn’t Stockholm, but still… – Friday Fictioneers
Fantastic Travelogue #5 – Inside the Golden Dome…sigh »

17 responses to “The Ghost Town by the Shore”