The Mystery of the Missing Amulet #5: Bear-jitsu

Chapter 5 of my Decide Your Quest story, The Mystery of the Missing Amulet. In the last story,you go to Wombat Joe’s Grizzly Bear Emporium and find Midnight Gillespie, who has the amulet. He throws it into the bear pit. Last week the readers voted for you to jump into the bear pit to retrieve the amulet before the bears ate it. 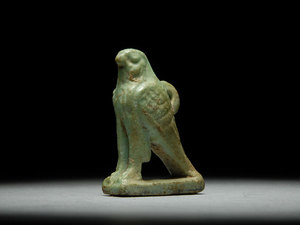 The Mystery of the Missing Amulet, Chapter 5: Bear-jitsu

There isn’t a moment to lose. Your boss always says that the best thing about you is your willingness to do something insanely stupid without thinking. You leap into the bear pit without another thought, landing next to the amulet a second before the bears reach it. You snatch it up and then dodge a swipe from a bear paw that undoubtedly would have disemboweled you.

You are surrounded by hungry grizzly bears. A large female charges and you dance to the side, ducking under another and pirouetting around a third before making a flying leap over the biggest male. Apparently those ballet lessons your mother made you take when you were small were worth all the emotional scarring.

Someone lands in the pen beside you. It’s Brittany and you can tell by the fire in her eyes that she is in heaven.

“This is awesome!” she screams. “I haven’t been in this much danger since the Bleach ‘n’ Piranha Water Polo Classic.”

“Get out of here unless you know ballet,” you shout, pulling a complicated evasive arabesque.

She doesn’t know ballet, it seems, but it also doesn’t seem to matter as Brittany explodes on the bears, becoming a tornado of fists and flying head kicks. A minute later and all the grizzly bears except one baby (because seriously, who kicks a baby bear?) are lying stunned on the ground.

“How in the world did you—”

“Bear-jitsu,” she says. “I’m only a rainbow belt, but I think I did okay. You got the amulet?”

At that moment, you hear a helicopter above you. A ladder is let down and Midnight Gillespie leaps on.

If only you could stop him somehow.

I am a writer of anything quirky and weird. I love most genres of fiction and in each there are stories that I would consider "my kind of story". END_OF_DOCUMENT_TOKEN_TO_BE_REPLACED
This entry was posted on Monday, June 17th, 2013 at 8:42 pm and tagged with amulet, auction, ballet, bears, crime, Decide Your Quest, fiction, grizzly bears, mystery, Mystery of the Missing Amulet, police, poll, theft and posted in Decide Your Quest. You can follow any responses to this entry through the RSS 2.0 feed.
« The Horse Bridge, Part 4 of 4
The Problem with Superman »

10 responses to “The Mystery of the Missing Amulet #5: Bear-jitsu”