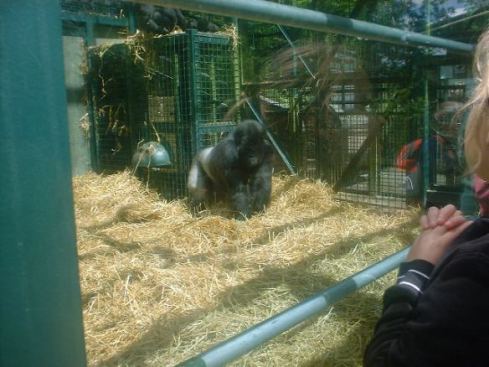 In the nation of Vallakha, there was no way to remove a monarch. He was installed by God and was above the law. So when King Jerome III began roaming the palace halls, killing servants and courtiers, there was intense discussion about to what to do.

“He controls the prisons. Nothing is higher than the king, except God himself.”

On the first day of summer, the king was imprisoned in his bedroom, surrounded by golden bars, which were blessed and made part of the Church. His guards were priests. His rule remained absolute through the whole nation, except for a circle, four inches wide, that surrounded him.

I am a writer of anything quirky and weird. I love most genres of fiction and in each there are stories that I would consider "my kind of story". END_OF_DOCUMENT_TOKEN_TO_BE_REPLACED
This entry was posted on Sunday, December 15th, 2013 at 9:19 pm and tagged with Alastair's Photo Fiction, church, fiction, flash fiction, king, monarchy, murder, prison and posted in Dusk. You can follow any responses to this entry through the RSS 2.0 feed.
« A Writer’s Dilemma: When to Let Go
4 (un)necessary evils in The Hobbit: the Desolation of Smaug »