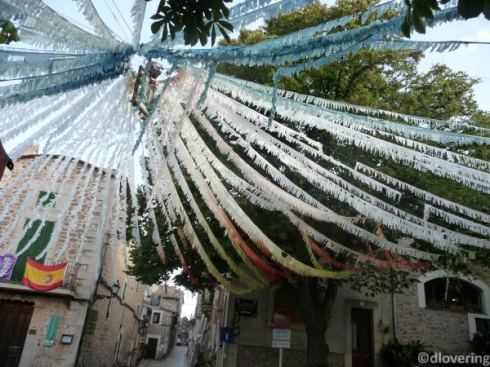 The whole town was there, standing in hushed anticipation for the return of Senor Najera’s son from the war.

“He was wounded,” someone whispered. “Hit by the enemy’s new weapon.”

The ship approached, the gangplank descended, and Mateo Najera appeared. The crowd gasped.

The rags of the once-proud army uniform were stretched over the misshapen, hulking figure that shambled off. One huge eye lolled at them, roaming witlessly.

Senora Najera tore from her husband’s restraint. “Stop!” he shouted. “What if he’s contagious?”

“He’s still my baby,” she said and ran to embrace him until her tears wet his festering skin.

I am a writer of anything quirky and weird. I love most genres of fiction and in each there are stories that I would consider "my kind of story". END_OF_DOCUMENT_TOKEN_TO_BE_REPLACED
This entry was posted on Wednesday, April 9th, 2014 at 6:15 pm and tagged with fiction, flash fiction, Friday Fictioneers, homecoming, love, monster, Mother, mutation, Spain, war and posted in Friday Fictioneers. You can follow any responses to this entry through the RSS 2.0 feed.
« The Mystery on the Bus – A true story
A slice of humanity on the bus »