Note: this story is not political, only silly. 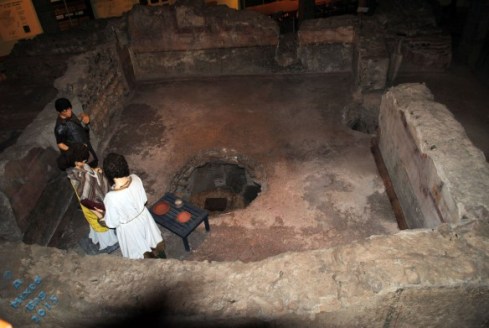 What does Vladimir Putin eat? That was the topic of debate after my friend Antonio got his new batch of miniature clones (or mi-clo’s) in the mail from Thailand.

All the others were eating. Antonio squatted over the holding pen’s grated top, rolled up a pancake and pushed it through the bars. Mi-clo Mother Theresa and Pierre Trudeau ran and snatched it up. Putin didn’t move, just shook his Lilliputian fist at us and jabbered away in Thai (a sure sign of a knock-off).

“Do you think he only eats Russian food?” Antonio asked.

“You’d have better luck with pad thai, probably,” I said.

“Well, I only know how to make pancakes,” Antonio said. “He can eat them or starve, I guess. I only got him because he came free with the Freddy Mercury I wanted.”

Over the next few days, Putin still refused to eat. He was getting thinner and his 1-foot tall frame soon looked bony. I was getting worried but Antonio only shrugged.

Finally, I decided to get him out of there. The next day, when Antonio went to the bathroom, I lowered a rope down. Putin grabbed it but was too weak to hold on. I unlatched the door and dropped down into the pen.

Bad move. Tony Blair and Cher jumped at me but I shook them off. I seized Putin and jumped out of danger right before the rest of them swarmed to attack me.

He said something I couldn’t understand but it didn’t sound like either tacos or burgers. “Let’s try tacos,” I said and ran for the door.

I didn’t know what we’d eat and I didn’t know how this would end, but I was certain that I was going to save this little guy if I possibly could.

Epilogue: Putin turned out to love Popeye’s spicy chicken sandwiches. He soon returned to health and is now living happily in an abandoned dog house in the woods behind Walmart.

I am a writer of anything quirky and weird. I love most genres of fiction and in each there are stories that I would consider "my kind of story". END_OF_DOCUMENT_TOKEN_TO_BE_REPLACED
This entry was posted on Sunday, August 30th, 2015 at 6:18 pm and tagged with Alastair's Photo Fiction, clone, fiction, flash fiction, funny, science-fiction, Vladimir Putin and posted in Light. You can follow any responses to this entry through the RSS 2.0 feed.
« Grave Orientation
Why Writing a Novel Is Like the AK-47 Rifle »

15 responses to “Busting out Putin”