8 Tips When Applying for a Job

I hate applying for jobs. You find one that you are decently qualified for, go through half an hour of filling out their application form, tweaking your cover letter and resume, checking all the other documents they want, sending it off and then . . . very often, nothing at all, until much later when you receive a form rejection letter from the HR department. 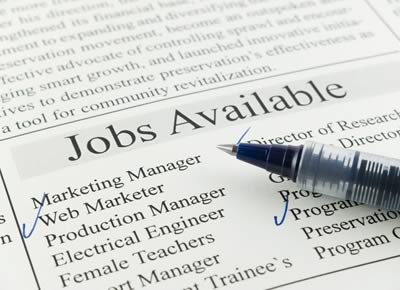 That, unfortunately is the way of things. All places receive way more applications that they can even give interviews to, but I always wondered what they were looking for. What could I do to get an edge?

Well, now I know a little more since I am on the other side of things. I am now in the position of hiring people and that has taught me a lot about the whole process. Of course, I can only speak for myself, and there is unfortunately no perfect formula for getting a job: if someone else is more qualified, they will probably get the position. However, here are 8 things that I can suggest that will help you put your best foot forward. I won’t include proofreading your cover letter and resume because I really hope you do that anyway.

1. Include everything in the job description

The whole point of your cover letter and resume is to get an interview. Remember that the people going over your application do not know a single thing about you besides what you put on those few pieces of paper. Your resume is just a list of what you have done and can’t really change much. However, the cover letter is a chance to show how that matches the job you’re applying for. Mention every single thing in the job description and why you can do it. If you don’t have direct experience, talk about transferable skills you have learned at other jobs. If the job asks for someone who is proficient at email, mention that you are. Don’t just assume they know you are, just because everyone should be. They probably have a checklist to make sure you have all the qualifications and you want them to be able to check all the boxes for you, not have a question mark next to some.

2. Be very specific on the cover letter, but don’t rewrite your resume

There is a very high probability that the people going over your application are going through a ton of them and that after a while, they all tend to blend together except for the very good and the very bad ones. Maybe it’s Friday afternoon and they’ve already picked out some to interview. Yours is the last one before they can go home. That’s bad news, especially if your cover letter has a lot of generalities, such as “In my last position, I excelled at the work and I am committed to working hard in this one as well.” That doesn’t say anything, unfortunately.

In the cover letter, lay out very succinctly why you are qualified for the job on all points. Lay out an orgy of evidence that not hiring you would be insanity, but be specific. Give examples from your past jobs. Personally, I don’t even mind bullet points because it makes it faster to get to the meat of the information. A warning, though, about bullet points: if you use them, do not just rewrite your resume in the cover letter. If you just list your education and work experience in your cover letter with little else, you might as well not even have one.

3. Make everything  on your resume as applicable as possible

This is hard to do sometimes, but whenever possible, make everything on your resume applicable to the job you’re applying for. That might be hard if you are, say, a certified backhoe operator and you’re applying to be a chef. It doesn’t hurt to have unrelated jobs listed, but it doesn’t help you either, and you need every edge you can get. This is a chance to highlight your transferable skills. In the above example, delete all references to dirt-moving ability, and say something like “worked well under pressure.” It’s not super persuasive maybe, but it’s something. 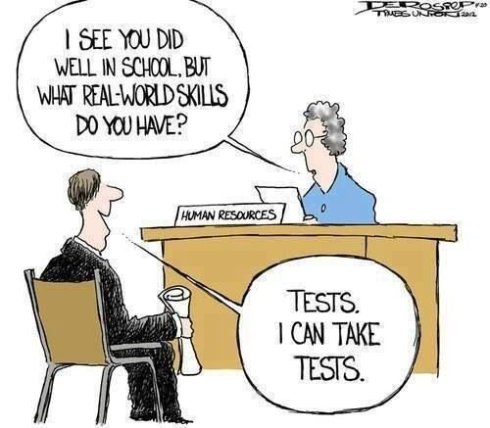 4. Make file names very clear, include your name in all of them

This is for applications where you need to attach a lot of documents. This maybe isn’t a deal breaker, but odd file names can cause confusion and you don’t want any negative feelings attached to you or your application. I recommend every file be a PDF with your full name, a hyphen (-) and what it is: either resume, cover letter, references, etc. PDFs are cleaner than Word documents and can’t be altered by anyone else.

Also, make sure the file name doesn’t say anything like Resumefinal.doc or coverletter-(company name).pdf or anything else. People know you are probably applying to tons of places, but it’s not good to remind them of that. Make a separate folder on your computer for every place you apply for so they don’t get mixed up (the worst thing you could do is send a letter to someone addressed to a different company), and so the resume and cover letter look like they’re your only one.

This is a minor one, but a pet peeve of mine. There should not be anything but English on the documents (unless, of course, you’re applying in another language, of course) except for names of places and people. If you do need to use words in other languages, make sure that they are transliterated into the English alphabet. It might make you look sophisticated to have Arabic or Chinese on your resume, but if the person doesn’t speak that language, it can only hurt you.

Also, do not use place name abbreviations outside your country. Everyone in Canada, for example, probably knows that ON means the province of Ontario, but if you are applying for a job outside of Canada, don’t use the abbreviation.

6. Be professional but don’t be scared to have some personality in your cover letter

This is probably the hardest line to walk. On one hand, this is a very formal process and not the best time for “’Sup guys, how about giving me a job over here?” Still, you don’t want to write a cover letter that sounds like it was written by a soulless robot, or even a soulful one.

The best approach, in my mind, is to avoid all slang and contractions to give it a formal feel, but use simple, conversational language and avoid buzzwords and jargon unless absolutely necessary. This will make it more readable and also come across as more natural, hopefully. It’s possible that the person going through your application may have to work with you if you are hired, and if they can get the impression that you would be great to work with, that can go a long way.

7. Don’t include a picture

This is just my opinion. It is pretty rare, but some people do include a picture of themselves. It may also be a cultural thing, where in some countries you might be expected to include a picture. However, it is not normal in the United States and to my mind, it can only hurt you. The best case scenario is that it won’t have any effect, but you want the people reviewing your application to judge you on your qualifications, not make snap judgments about your appearance. I was going to say that including your picture might be okay if you were extremely attractive, but even that could work against you if the person has some prejudice about beautiful people being less intelligent. You never know who will be looking at your application, so it’s a situation best just to avoid.

It is amazing how many people know very little about the places they apply for. This could be seen as understandable if a person is putting out hundreds of applications, but I would argue it is better to put out half that number of good applications than just shooting them out blindly into the void.

There was a time when doing research on a potential employer was pretty difficult, but there is a lot less excuse nowadays where an Internet search can bring up a lot. I’m not saying that name-dropping the HR director will necessarily win you brownie points, but if you can mention some specifics about the employer that would be applicable to your job, that is very impressive, if only because it’s so rare. For example, you could say, “I noticed from photos on your company website that you use the HR400 series recombobulator. I did tech support on that line for two months so I would be comfortable operating them.”

As long as it’s actually true, that really helps you stand out from the crowd. Definitely don’t lie, especially about specifics. It’s too easy to catch that, and you will definitely not get the job if you are caught lying.

Again, these are just some things from my own personal experience and I cannot guarantee that all employers will think the same (I can guarantee they won’t, actually). However, I hope these tips help if you are looking for a job in the near future.

Do you have any other do or don’t tips for job searches that you’ve found to be true? Let me know in the comments.

I am a writer of anything quirky and weird. I love most genres of fiction and in each there are stories that I would consider "my kind of story". END_OF_DOCUMENT_TOKEN_TO_BE_REPLACED
This entry was posted on Monday, July 11th, 2016 at 9:44 pm and tagged with cover letter, job application, outside the tower, resume, tips for applying for jobs and posted in Uncategorized. You can follow any responses to this entry through the RSS 2.0 feed.
« Oranges for ET
The Old Man and the Seafood »

5 responses to “8 Tips When Applying for a Job”