The Lost Tribe of Levy 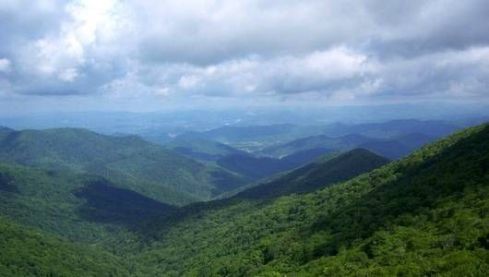 Benjamin Levy eased the Model T onto the berm next to the sign for First Mountain Baptist Church. He tried to remember whose idea it had been to spend their honeymoon exploring the hinterlands of Appalachia. He blamed his wife—privately, of course. They had spent the last few hours jolting along on dusty mountain roads and now it was mid-afternoon, and they were low on gas and thoroughly lost.

“You sure this is a good idea?” Miriam asked, peering out at the picnic.

“We have to ask someone.” He could feel his heart beat faster. Looking around, the people seemed normal. No white hoods, not even any guns in sight.

A rotund man in a brown suit had spotted them and was ambling over. Ben rolled down the window.

“What town is this?” Ben asked when the man was close enough.

“This here’s Vicco. Where y’all headed?”

“We don’t know exactly. We’re just exploring. Is there a town near here with gas and a hotel?”

“Oh, come on,” the man said, opening the car door. “You must be famished.” He stuck out his hand. “Name’s Bobby Lindon.”

Bobby nodded, pumping Ben’s hand in unison with his head. Then his eyes widened. “Hey, are y’all Jews?”

“That’s great! Come on and meet everyone. There’s no Jews in these parts, but the pastor talks about them nearly every Sunday. Hey Pastor, come meet the Jews!”

A moment later, Ben and Miriam were surrounded by a crowd of eager faces, looking at them like a pair of recently arrived angels. They were seated at a table and plates of food were heaped up in front of them. They looked at each other and started eating. Ben tactfully avoided the pork ribs, even though they been piled extra high on half his plate.

“So, have you been to the Holy Land?” Pastor Gorton said as he sat down across from them, apparently starting a second meal to keep them company. “I’ve studied Palestine for years but it’s a long way away.”

“Do you know Hebrew?” The pastor’s eyes lit up. He jumped up and returned a minute later with a battered commentary. As Ben ate, Pastor Gorton peppered him with questions about the translations of various words in the Old Testament and Ben wracked his brain to remember Hebrew lessons from a decade before.

Meanwhile a group of young people were trying to get Miriam to sing and dance with a tambourine like the Miriam in the Bible. One went and got a tambourine and set it on the table near her just in case she changed her mind. They seemed disappointed, too, that neither she nor Ben knew how to play a shofar, but they were fascinated with her descriptions of Hanukkah. A few of the boys pulled out jackknives and started whittling dreidels as if they were going to play then and there.

Pastor Gorton brought Ben in to see a Star of David he had on the wall of his office. He came back out to find Miriam surrounded by a group of children, all making choking sounds as if they had fishbones stuck in their throats.

“They wanted to learn some Hebrew words,” she said. “They’re fascinated with that one sound.”

She stood up and grabbed his lapel, pulling him closer. “They want us to stay here tonight,” she said in a fierce whisper. “They’re talking about having a seder supper and making a replica of the Tent of Meeting.” He saw the panic in her eyes. “We gotta get out of here,” she said. “I don’t think I can take much more of this pro-Semitism.”

I am a writer of anything quirky and weird. I love most genres of fiction and in each there are stories that I would consider "my kind of story". END_OF_DOCUMENT_TOKEN_TO_BE_REPLACED
This entry was posted on Friday, May 3rd, 2019 at 8:00 am and tagged with Appalachian Mountains, church, fiction, funny, Jewish, Jews, Kentucky, Pro-Semitism and posted in Light. You can follow any responses to this entry through the RSS 2.0 feed.
« Torahman
Moaning the Lonely Ghost Blues »