Happy New Year, even if we are almost a month into it already. In the world of international admissions, this is a very busy time of the year, with students coming in for the spring semester. It’s my job to keep track of them and get them registered and set up with everything they need, while still processing applications that are coming in for next fall. But everyone who is coming for this semester is here, so hopefully things will quiet down a little. I hope to be back as much as I can. 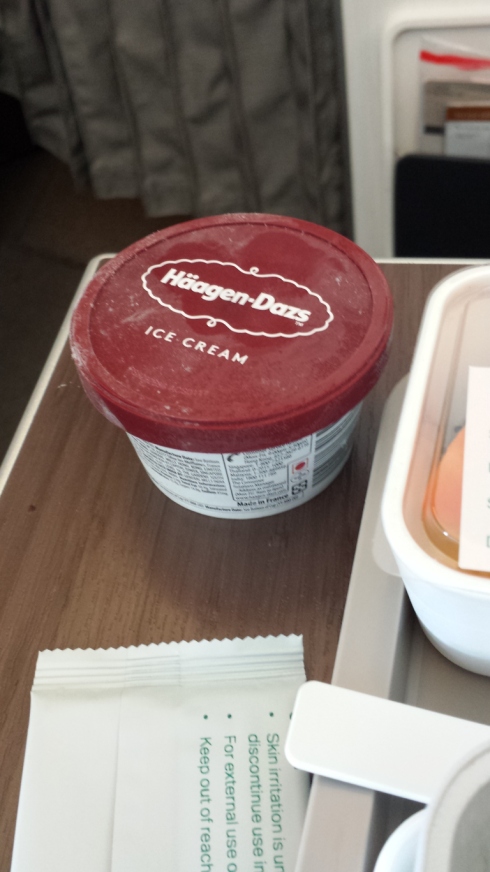 I wrote my number on the napkin and reached forward to drop it on the tray of the cutie in 12B. She didn’t look back.

Then I got a text. Who’s this?

A minute later: Can I have your Haagen-Dazs? The flight attendant had just gone through, distributing the little cartons of heaven.

I hesitated, then slid the frozen treasure onto her tray.

So, what do I get? I audaciously added a kissing emoji.

I sighed and called the attendant. “Another napkin,” I said sadly. “Plain white.” 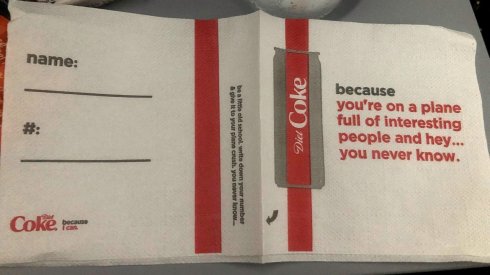 I was actually on a flight that had these napkins. Luckily no one gave me their number. 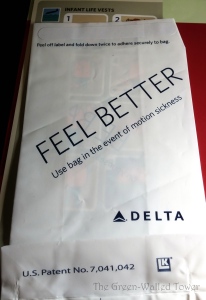 I saw on a flight for my job interview last summer. It seemed like desperate pleading to me. Thus, this story.

Please feel better. Please? I’ve noticed that slightly green look on your face, and the way you heave slightly with every lurch of the plane. I can see that the spew volcano is restless and I’m doing every ritual dance I know to keep it from erupting. I’ll even bring you another ginger ale, if it helps.

I don’t normally beg, but you’ve seen this flight and carting off your full bag of transformed airplane food would be the puke-colored straw on the back of the camel that is this flight.

It’s not just the dead guy either. True, it was a bit jarring to witness a guy have a heart attack and die screaming just after I’d served him his peanuts. That was a new one, I’ll admit. One for the ol’ memoir. But for the moment, it’s not helping my day, especially when I see other passengers looking askance at their own peanuts, as if I knock off people as a hobby, or something. And it didn’t make it any better that since I’m the only male flight attendant and the dead guy had had more than his share of triple fudge sundaes, I was the one who had to haul him off to cold storage for the rest of the flight.

Also, this job is stressful enough without the two teenagers throwing a Nerf football back and forth and running plays in the aisles (and calling me a “stewardess”, no less). And let’s not forget about the two racist women in first class, talking loudly about how the Jews and the blacks are taking over the world. That would be annoying enough for anyone, even if I weren’t a black Jew.

So that’s why I’m asking you—begging you—please don’t drop a puke cherry on top of this septic sundae.

Oh look, there you go. Goody.

And you missed the bag too. Wonderful.

“Excuse me, sir. It looks like you are in some discomfort. It would be my pleasure to clean this up for you.”

The Physics of Angels – Friday Fictioneer 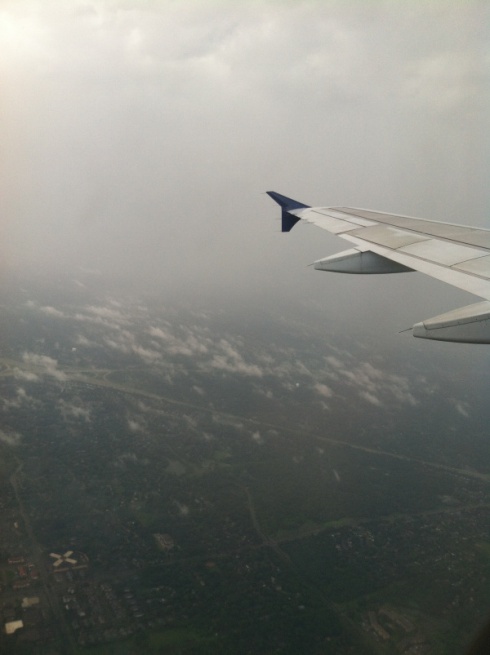 The Physics of Angels

“Mommy, how does the plane fly?”

“Sweetie, remember that word ‘migraine’ I taught you—”

“Angels. Angels keep it up.”

“Well, when they want to go down, the pilots start swearing a lot and it makes the angels drop us . . . slowly.”

“But you said a bad word before when you spilled your coffee and it didn’t go down then.”

“Oh that? That kind of word isn’t going to do anything. The pilots have to say really terrible, sinful words.”

“Are you kidding? If I told you, you’d crash the plane.”