The Day the Beach Came to Me

It was Saturday morning and I was stumbling around the house, vainly looking for the coffee maker, when the front door burst open and four tons of sand poured onto my carpet. It coalesced into two vaguely humanoid figures that lay basking on the floor next to my coffee table.

“Ah, it’s good to get away from the beach and into some nice incandescent lighting,” one said.

“Yeah, although I always come away with carpet fibers simply everywhere,” the other one said. A seagull had flown in as well and had just made a nasty mess on my couch. One of the figures covered it discreetly with a pillow.

I finally recovered my senses enough to shut the door. I wasn’t entirely sure this wasn’t a dream and was also wondering if a wet-dry vac would constitute murder.

“We should built a book castle,” one said. “Remember that book castle we built last summer?”

The other chortled in a gritty sort of way. “We had it up to 145 volumes until the owners rushed it and swept them all away.”

“Take the good with the bad. If you don’t have owners, you don’t get the electric lights.”

I turned off the light.

“There! Look at that, that’s the switch now. It’s like Man’s cloud.”

“Be patient, it always comes back eventually.”

Just then my cat Vader drifted by behind the footstool, only his tail sticking up.

“Cat!” the sand piles screamed and bolted towards the door. Ironically, the seagull was not at all worried and a moment and a lightning-fast pounce later, I had even more mess to clean up.

I locked the door and went back to bed.

The next day, I bought a Beware of Cat sign for my house. My neighbors didn’t understand it, but at least I didn’t have to replace my carpets anymore. 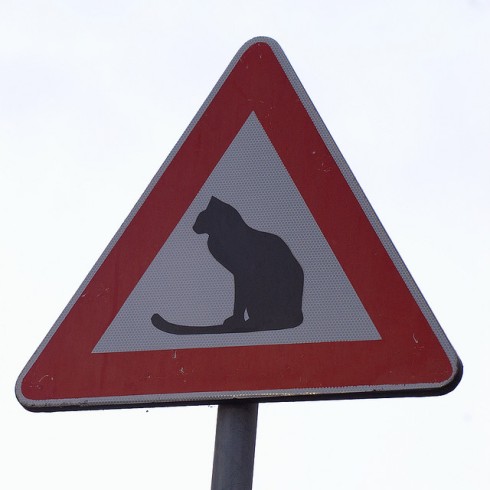 When I first saw this picture, my reaction was, like everyone else, “What is this?” Then I realized it was the perfect photo prompt because it could pretty much be anything. This story is rather meta, so I apologize to those who aren’t familiar with the other Friday Fictioneers writers. To the group, I can only say I wish I could have included everyone but, well, we only have so many words to work with.

Rochelle wandered disconsolately along the beach. The Friday Fictioneers movie had hit a snag: few directors were interested in a 100-word script.

Still, casting was going well. She’d convinced Russell and Perry to play the rebellious teenagers and Doug would do well as the shaman. Elephant had agreed to play the murderer—a little too quickly, she thought—but then again, an Elephant can’t refuse the role of a lifetime. Then there was KZ’s character…Rochelle shuddered.

She glimpsed something lying on the sand. It was grotesque, unidentifiable…perfect. The directors could wait. She now had the perfect movie poster. 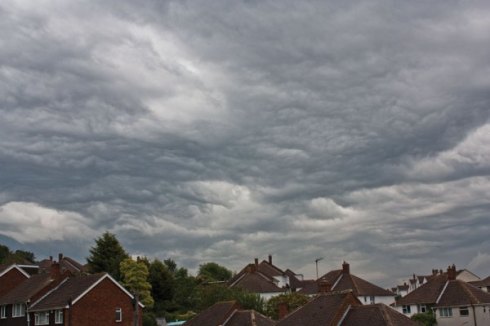 A storm was coming.

Rebecca stood, tied to a stake, on the uncannily silent beach, watching coal-black clouds gather and build. She had deserted. Tomorrow she would be shot.

Lightning blazed through the approaching tempest. In its fitful glow, a warship appeared, then many more. They were not friendly, Rebecca knew. The invasion had finally come.

Darkness thickened but still no alarm sounded. The sentries must be asleep.

She imagined herself raising the alarm, being pardoned—a hero. She pictured the invasion force rescuing her. The calculating wheels of  self-preservation spun. She opened her mouth to scream, but still hesitated.

A Stormy Day at the Beach

Although this is a fiction blog, I occasionally do posts about real life: things that happen to me. This is one of those. Today, I went to Daecheon Beach with some friends. It is probably the most famous beach on Korea’s west coast and also hosts a very popular Mud Festival every year, although the beach itself is not muddy.

aka The Festival of a Million Gray Zombies

However, today we just went to swim. We got there about 11 in the morning, just as the sky was getting very dark.

A minute or so after we arrived, it started to rain. There were people swimming, but soon, as lightning flashed on the horizon and thunder rumbled, the lifeguards started ordering everyone out of the water.

I waited a long time to catch a picture of the lightning, but it was too quick for me.

At this point, the rain let up a little and I went out of the coffee shop where we were sheltering to find my friends who had come in another car. I had just found them when the storm really hit in earnest.

I had gone down to the beach to find a friend who had gone swimming and was forced to shelter under a pavilion while the wind picked up and the rain poured down in buckets. Emergencies sirens were going off and the lightning began to strike closer and more frequently. About the time when it struck on the beach itself, I realized that it probably wasn’t good we were hiding under a wet metal framework. I could imagine it getting struck at any moment.

The rain decreased for a moment and we made it back to the coffee shop to meet up with the others.

After a while of sitting around, we decided to go to a jjimjilbang nearby to at least do something interesting. The rain had let up a bit at this point, so we started walking. Of course, it was mostly clear before we got there, so in the end, we just went to beach anyway. After that, the weather was perfect. It just goes to show that you can never trust the weather in Korea, especially in the summer.

And a wonderful, tired, sunburnt time was had by all.

The Caribbean sun warmed the salt-scrubbed planks of the boardwalk as Frankie trotted to the beach, tail wagging. Just before the sand, he stopped and scanned the beach, looking for his master. Seeing no one, he lay down in the shade of the tall palm and waited.

“There’s Frankie, out under his palm again. 7:30, just like clockwork.”

“Seven years running; ever since Jim left to circumnavigate the world. His boat disappeared in a storm and everyone gave him up for dead.”

“I guess no one told Frankie.”

“He wouldn’t listen if they did. He believes.”