This is Part 3 of a collaborative story between myself and Sharmishtha Basu. It’s a bit difficult to name stories that are written in this way, since the authors have different ideas of where it will go (my last story written like this was simply called “The Adventure” since I had no idea what was going to happen.) Anyway, you will notice that the main character, Angelique, is now neither alone, or on a boat. But that’s life.  Here is Part 1 and Part 2, if you missed them. 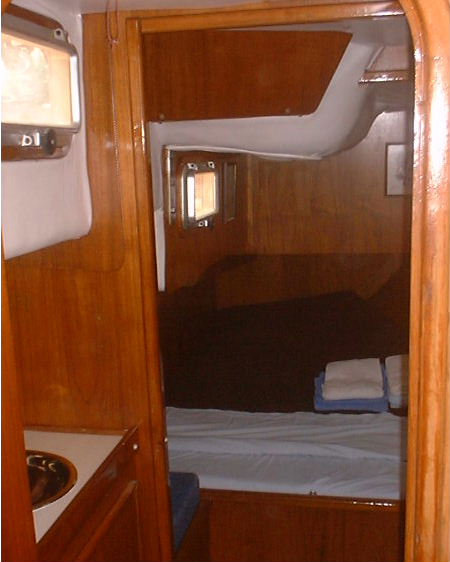 Angelique lay on the cabin floor with her hands tied behind her back and felt the boat slow. They must have reached the island. Now the two kidnappers would take her ashore, and if they had been telling the truth, they would kill her.

She thought of what her father had said before she had left, when he had pulled her aside during the farewell celebration. “You’re a strong girl,” he said. “You can do this. But know that at some point, you will get into trouble. It’s inevitable on a voyage this long. At some point, your engine will break, or you will be robbed or you might get lost. I hope and pray that when it comes, it will be minor. Still, be expecting trouble, be resourceful, and most of all, don’t be afraid to call for help.”

He had given her an emergency distress beacon. It was in the drawer by her bed—five meters away at most, but could she get there without them noticing? Slowly, she crept across the floor and opened the drawer. The drawer was packed with small items, but her probing hands soon found the plastic rectangle that was the transmitter.

“What are you doing?” Tom was standing in the doorway, frowning at her.

“Just . . . water . . .” she said. He strode across and put his hand into the drawer. A second later, he pulled out a jackknife with a triumphant look.

“Nice try, but we’re here now. Come on, get up.” Angelique forced herself to her feet, the small emergency transmitter clenched in her fist.

The light was fading as they came out on deck. The boat was anchored in a small inlet. Henry was already lowered her small dingy into the water.

When they got onshore, Henry led the way into the jungle, shining a flashlight ahead of them. Bats were flying in the trees above them and bird cries echoed through the dusky foliage.

“It’s gotta be around here somewhere,” Henry said. He was cutting through the underbrush with a machete, leading them further and further in. Mosquitoes whined and bit Angelique, delighting in her inability to fight back.

A few times, Tom and Henry stopped and stood close together, talking quietly and shining the light on an old scrap of paper that Tom carried. Hours went by and the forest descended into pitch blackness. Weird sounds came from the darkness.

Henry was chopping at vines over his head when there was a loud ting! of metal hitting stone and sparks flew from the machete blade.

“We got it,” Henry said, his voice trembling with excitement. “Here’s the southern arch.” He shone the light up and Angelique saw an ivy-covered arch of carved stone. Just above her, the face of a fierce Hindu goddess glared down at her.

Tom unscrewed the cap of a water bottle and tipped it up for her to drink. “Your part’s almost here, but I figured you’d be thirsty anyway. Call me soft-hearted.” He laughed.

Angelique looked into the eyes of the man who was planning on sacrificing her soon—ending her young life, all for the sake of a treasure. She spat the water back in his face.

This story is a collaborative story between myself and Sharmishtha Basu, a good friend of mine. I have written stories like this with my sisters growing up and with other friends, but this one is inspired most recently by the Baker’s Dozen story I took part in. This story, however, will just be the two of us, writing back and forth until it is finished. I will post every Monday and Sharmishtha will post her sections every Friday. 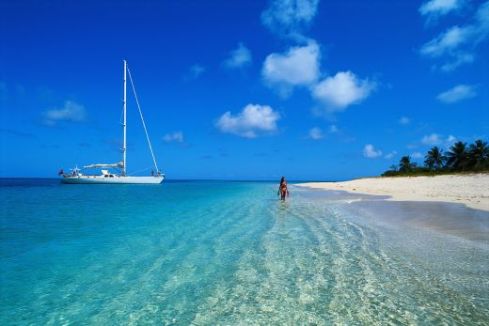 The tangy sea-spray smelled like freedom to Angelique as she stepped out onto the deck. Dawn was close and the lightening sky promised a beautiful day to come.

She was only twenty and sailing around the world on her own. Her yachting father who had taught her to sail had tried halfheartedly to talk her out of the idea. Her superstitious mother would not let herself give voice to all the terrible scenarios in her mind, but she finally said, “Won’t you be lonely all by yourself?”

Ha! There was plenty of excitement, fatigue, terror, even boredom, but never loneliness. How could she feel lonely sailing her own craft across an ocean of white-flecked sapphire, with seabirds crying above her and fish flashing silver as they leaped around her bow?

It had been a month after she had set out from Lisbon, and she was now anchored in a deserted cove on the Andaman Islands. After a swim in the cove and breakfast on the bow of the boat, she hoisted anchor and set off again, heading southeast for the Malacca Strait and Singapore.

It was about ten in the morning and Angelique had settled into the routine of the day when she spotted something floating in the water off to the right. Through her binoculars, she saw that it was an oil drum. As she got closer, she saw something clinging to it. A man. He was not moving.

What should she do? Picking up a strange man was out of the question, but she couldn’t just leave him to die either. Unless he was already dead. She thought about calling the authorities to pick him up, but how long would they take?

Her boat was close now and Angelique slowed and steered closer. It was definitely a man—she saw the scruff of black hair on his chin. His skin was dark, either naturally or from the sun, and his eyes were closed.

The man opened an eye and said something so faintly, she could not hear it. She brought the boat closer. “What?”

Angelique brought the boat closer and then after a moment of hesitation, threw him a rope. He grasped it weakly and pulled himself towards the boat. When he finally managed to drag himself over the side, Angelique was ready, a glass of water in one hand and the flare gun in the other.

“I have water for you, but don’t try anything. Okay?”

The man nodded and she set the glass on the deck and pushed it towards him.

“More please,” he said when he had drunk it all. She got some more and he drank that too and then another two glasses.

“Were you shipwrecked?” she asked.

“Then why were you out here?”

“Where are you going?” he asked.

“I’m going to Singapore right now. I can drop you at Port Blair, on South Andaman, if you want. It’s not too far away.” That was less than a day away, if she changed course and used the back-up motor. She did not want to spend a night with him onboard.

“Okay.” Angelique edged towards the wheel, keeping as far from the stranger as she could. “So, if you weren’t shipwrecked, what are you doing out here?” she asked.

The man put his head back on the gunwale and looked up at the sky. “Curious little joey, aren’t you?”