Not to sound too much like Donald Trump, but I have the best dreams. They’re fantastic, really. No one has dreams like me. Absolutely no one. Sad, really.

The problem is, I can rarely remember them when I wake up. I wake up knowing that I just had a fantastic dream, no idea what it was about.

However, there is one dream that I have had over and over again. For decades. It is one of the defining features of my life, although almost no one knows about it. Until now, of course. You are really privileged, dear reader. I just hope you realize that.

It’s a large warehouse or industrial complex, up on a hill with trees around it and reached by a long winding road. Sometimes it’s abandoned, sometimes not, but there are almost never any people there.

I first dreamed of this place when I was a teenager, I think. It was abandoned then, and I sneaked in and started digging in the floor. What I found was a large open space and then more space under that. There were man-made tunnels going out in all directions and further down and further down, it went, maybe forever.

Every dream is slightly different, but it’s always the same kind of place with empty tunnels and dark spaces going down and down out of knowledge. Just a few weeks ago, I dreamed that I was camping with my family and we drove past that place. I saw it up on the hill and knew it was the same place I’d been dreaming about for half my life. I wanted to bring them all up to show them the place, but we didn’t because dreams frustrate you just as much as they enthrall you.

Anyone who has read my (still unpublished) novels will be able to see this love of vast, dark spaces pretty easily. It is a theme that excites and fascinates me and make me feel that heartache longing, redolent of nostalgia and homesickness for a home I’ve never seen. I’m not sure why, but that’s me.

It’s why I love the work of H.P. Lovecraft or House of Leaves or Empire of the Ants. It’s why one of my favorite parts of Lord of the Rings is when they are in the mines of Moria. I am at home in huge, dark spaces. It’s what I dream about when my conscious mind takes a break and I let my subconscious out of its box, to play and plot. To dream. 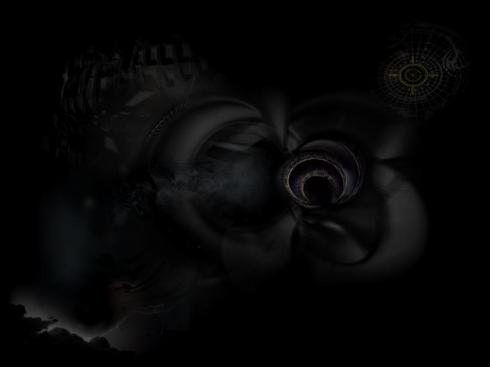 The House, from House of Leaves (Source)

5 Comments   |  tags: darkness, dream, Empire of the Ants, House of Leaves, Lord of the Rings, lovecraft, underground | posted in Uncategorized