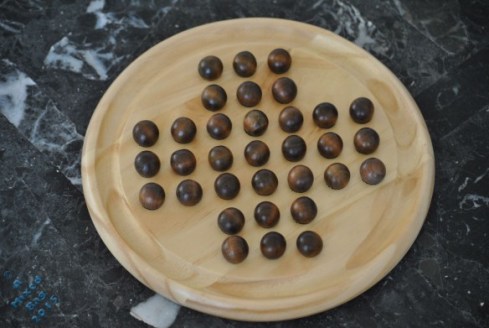 “And finally, here’s something to keep you sane,” the freight captain said, pointing to the complex 3D matrix of wires and spheres bolted to the table. He said “sane” as if he meant the opposite.

And then we shook hands and he sealed me into the echoing metal coffin that would deliver a hundred million tons of ore back to Earth, five years from now.

I spent a week doing basic maintenance and chores before I even looked at the game. It took me a week to read and understand the rules. The first game took a month, with constant references to the rulebook.

The second game took even longer.

I realized it wasn’t a game. Not really.

I named each one.

I knew the inhabitants.

I agonized over every move. Every one affected everything else.

I cried when I eliminated one, thinking of its inhabitants, snuffed out suddenly and completely.

I heard some noises but I ignored them.

I felt a hand on my shoulder and jumped. “Who are you?” I asked.

“Atmosphere Enforcement,” he said. “You weren’t responding to radio calls. We had to break in.”

“Earth. Your journey’s over.”

I turned back, trying to block out his voice. I needed to concentrate on what was important.