“You want to hear a story? Let me tell you about the real Jennifer. I won’t tell you about the time in kindergarten when she proposed to the mailman, or that time in high school when she somehow caught her shirt on fire on her first date. No, this story comes from the year 1994, when our little angel was only 8. She had a part in the Thanksgiving play at school. As a Pilgrim? As an Indian? Nope, as a turkey! Yeah, that’s right, we always knew she was a turkey and now she had the costume to prove it.

“Seriously though, she volunteered for the role because she only had two words to say: ‘I’m delicious!’ And even that scared her to death. I used to tease her when she was practicing in front of the mirror. ‘I’m delicious! I’m delicious!’ I even put a can of cranberry sauce on her bedside table one night. 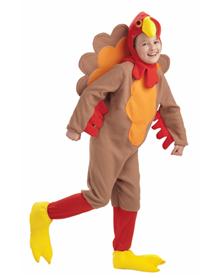 “Anyway, the big day came and she was so nervous, she ate twice as much as normal for breakfast. Me, I can’t eat a bite when I’m nervous, but Jennifer gets a truck driver’s appetite when she’s on edge. I guess she’s got some big, beefy butterflies in her stomach, waiting to chow down. Well, we go and sit in the audience and yawn our way through the Mayflower and Squanto and everything until the cornucopia bursts open and all the food piles out. They get through the vegetables and then turkey-Jennifer steps forward, a big Butterball sticker on her chest. ‘I’m delicious!’ she says, and in the split-second silence that follows, a huge fart echoes through the auditorium.

“It wasn’t even her; it was the dopey kid dressed up like a yam. But no one knew that then and everyone started laughing. Our little Butterball turned so red you’d think her costume was a lobster and then, blam! Out came all that breakfast, all over the pumpkin pie twins. Little Jenny tried to run off stage, but tripped on the edge of her costume and down she went. Knocked out cold. She spent a week in the hospital but it all turned out okay and in the meantime, Farty McYam confessed to everything. Still, we couldn’t even mention turkey for a year without her turning a little green at the gills.

“So there you go, something you didn’t know about the bride. Now let’s all raise our glasses to Rob and Jennifer. May they ever be happy and may she never dress up like a turkey again!”

The father of the bride sat down next to his wife, breathless and flushed. “You promised you weren’t going to tell the turkey story,” she said.

“You think I went too far?”

“Well, she forgave you for the graduation party, so I guess she’ll forgive you for this too.”

“Ah, I didn’t mean anything bad by it. Should I go talk to her?”

His wife looked over to where their daughter’s eyes were lancing fiery death down on her father. “I’d give her some time, dear. Maybe a few years.”