The Prison Key – A thought exercise

There was once a prisoner named Harry. He did not like prison (of course), but had gotten used to it. He stayed out of trouble and was mostly liked by both the prisoners and guards. One day, one of the guards retired and stopped by Harry’s cell. 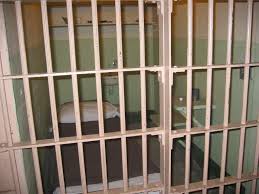 “I got a present for you,” he said. “You know that door at the far end of the cafeteria that’s always locked? It leads to E Block, which has been closed down for years. The far end of E Block is open to the outside. If you go through that door, you can escape.” He handed Harry a key.

“Why are you doing this?” Harry asked, taking the key in amazement.

The guard shrugged. “You’re a nice guy and I don’t care anymore. Just don’t tell anyone I gave it to you.” He told Harry how to evade the guards and leave without being noticed. Then the two shook hands and the guard left.

The next day, Harry thought about escaping. But, it was raining so he put it off until the next day. The next day as well he put it off. Finally, he hid the key in his room. Ten years later, he was released. On his last day, he handed the key to his roommate and told him the story.

“Are you crazy?” the man asked when he’d heard the story. “You could have left at any time in the last ten years and yet you stayed here? You suffered the bad food and the loneliness when you could have seen your family or eaten home cooked food? Why would you remain in captivity?”

Harry smiled. “But I wasn’t. From the moment the guard gave me the key, I had the ability to leave and so I was free. You’re only in imprisoned if you can’t leave, but I could have left at any time.”

Do you agree with Harry? Is freedom being out of captivity or can it be simply having the option to leave captivity? Let me know what you think.

Money or Food: A Thought Exercise 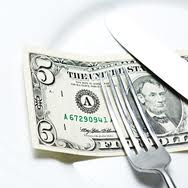 Here is a thought exercise. Imagine you had no possible source of income but had food, basic shelter and basic clothes provided for you as you needed them. Nothing else is given to you though.

Now, imagine that you could refuse to eat a meal and you would get five dollars (or equivalent currency). You could do this anytime you liked, up to $15 a day if you didn’t eat at all.

Would you just take the food and live comfortably or would you sacrifice to save up money? If so, how much would you try to save and what would you buy with it?