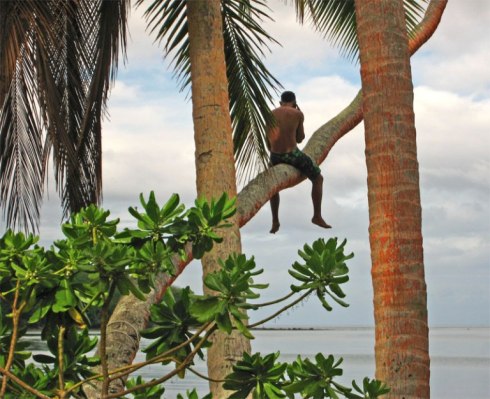 Eric watched every day, but Ariel was gone. Somehow, she had gotten her fish tail back and swam home.

“I could give you a tail, to go after her,” a witch said, sidling up.

“Just your . . . reproductive apparatus. You won’t need it down there.”

Finally, Eric relented. The transformation complete, he flopped down into the water.

He found the undersea kingdom, but not Ariel.

“It’s a bit awkward,” Triton said. “She went across to Sweden. Fell in love with another prince. But—” he made an expansive gesture “—there’re still plenty of fish in the sea!”

One day, on his way home from collecting willow bark and reeds, Girardi Kurst made a discovery in a steaming pocket of sludge. It looked at first like a shapeless bag of withered grey leather, but there was a creature inside that loose hide, one with spines and claws and large, wondering eyes. It was a monster but it was also a baby, and he was in a fix whether to leave it or kill it outright. In the end, he brought it home. 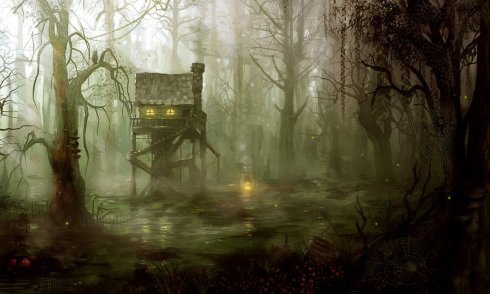 The village of Farensfen was gripped with fear as a unknown monster from the Forbidden Swamp slaughtered animals and people and destroyed property. No one had seen it in full light, but there were plenty of stories of its hideous appearance. Every household in the district had suffered loss from it, except for one: that of old Gerardi and Melanee Kurst. Naturally, suspicion had fallen on them, especially on Melanee, since Girardi had been away on a long trip when the attacks had started.

Gerardi could not sleep. There were murmurings in the village that his wife was a witch, who had summoned the monster. He worried about her safety, but he also worried about the safety of Khip, the monster that they had raised and then released back into the swamp when they could no longer afford to keep him.

Khip still loves us, he thought. He has to or he would have attacked us as well. Gerardi did not know if he could somehow convince Khip to go away and leave the area. Sleep refused to come and so finally, he got up and went out into the misty swamp night, a lantern in one hand and a cudgel in the other.

The swamp was full of the sounds of nocturnal life and the shifting, lurid lights of swamp gas and luminous plants. It was another world from its sleepy daylight existence. Now, even the darkness itself seemed alive.

There was a sudden splash and Girardi turned to see white teeth snapping at him in the glow of the lantern. He dodged aside and brought the cudgel down on the head of a huge caiman, stunning it. He killed it with another blow and then continued along the path.

Girardi had been born without fear. Melanee sometimes expressed her amazement that he was still alive, but even she admitted that it was a useful attribute when you lived on the border of the Forbidden Swamp.

He was walking without a plan, but unconsciously, he made his way to the place where he had found Khip’s egg the year before. He reached the clearing and found a trampled area under a large willow. It was full of bones and gore and was swarming with flies and small scavengers. A twig snapped behind him and he turned to see Khip standing at the edge of the clearing, watching him with purple eyes that glowed in the lantern light.

He had almost doubled in size in the months since Girardi had seen him last. He stood on two legs and his back bristled with new spines. His long, knobby hands held half a cow between blood-stained claws.

“Khip, it’s good to see you,” Girardi said and meant it. He wanted to rub his belly and chase him around like he’d done when Khip was a baby, but this was not the time. He was an adult now.

Khip gave a low grunt and set the dismembered cow on the ground. He stepped closer and then, with a tentative gesture, put a hand on the ground in front of Girardi and sat down. Girardi sat as well.

“Khip, this is all my fault,” he said. “I just wanted to feed you, but it seems I did too much. You have to stop killing animals, and especially people. I love you, but you have to go on, to another area. There are wild areas where you can live and hunt in peace. I’m afraid for you. Men will eventually come and they will hunt you.”

Khip looked steadily at him. Girardi had always believed he could understand him and had always spoken as such. Then the monster stood up with a bound and set off through the foliage. Gerardi followed him.

They walked for ten minutes before they left the trail and Khip started up the rocky hill that stood in the middle of the swamp. Halfway up, he reached a hole in the ground, and looking back once at Girardi, disappeared into it. Girardi followed him in without hesitating.

The hole went down steeply into the earth and was slick with mud and tangled with roots. Khip had evidently been here before; he moved quickly downwards, but the walls and roots showed the violence that past trips had inflicted.

The tunnel began to fill with a fetid odor much stronger than the normal swamp smell. It was a stench of decay and something much sweeter and more deadly, it seemed to Girardi. Several hundred feet down, it ended in a large room lit dimly with luminous mushrooms. At one end crouched a monstrosity unlike anything outside of a fevered nightmare. It was in form similar to Khip, although bloated and expanded so that it could not move. For the first time in his life, Girardi had an idea of fear, although even now it was more of a distant realization that a gruesome death was close by.

A voice came from the nightmarish creature. “You have aided my son and for this I thank you. But now, you must die.”