(Introducing the Mid-Week Flash, a short, often rather odd piece of fiction every Wednesday.)

I found my wife in a crane game. You know, those ones you find on the street and in bars that are impossible to win. This one was in the back of a run-down arcade. I was bored and when I saw a bunch of small, pretty women inside the case, I thought: Why not? Better than a plushie Spongebob doll.

I put a quarter in and started to move the crane around with the joystick, but they all started running away from it. It was then that I realized they weren’t robots or dolls. They made me sit down and tell them about myself, what I was looking for in a girl, and why I liked them in particular (which was hard, since they were asking about all of them and I didn’t know any of them). Finally, after a couple hours, I put in another quarter and one of them jumped on the crane and I got her out.

She was only ten inches tall but she said if I put her in water, she would grow. Of course, stupid me, I left her in too long and now she’s like, seven feet tall.

I still love her though. 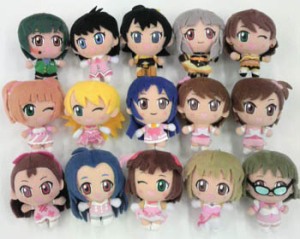 I am a writer of anything quirky and weird. I love most genres of fiction and in each there are stories that I would consider "my kind of story". END_OF_DOCUMENT_TOKEN_TO_BE_REPLACED
This entry was posted on Tuesday, July 10th, 2012 at 11:05 pm and tagged with crane game, fiction, funny, marriage, mid-week flash and posted in Light. You can follow any responses to this entry through the RSS 2.0 feed.
« It Only Takes Once
See the World Through a Cardboard Tube! »