2013 Predictions: You heard it here first

There is approximately an hour left in 2012 where I am, but instead of looking back, I’m going to look forward to the next year and give you my predictions of what’s going to happen. Don’t get me wrong: I don’t believe in fortune-telling or tarot cards or anything like that. This is based on the much more scientific process I call “a hunch”. I’ll look back at the end of 2013 and we can see how many of them came true. I’m not going to give dates for these things, because you know, I’m not psychic.

1. New ancient writings will surface, predicting that Cthulhu will rise from his watery slumber in R’lyeh in 2013. Shocking to all but the most deranged, he actually will. The twist is that he will turn out to be rather small and for the most part, shy and unassuming.

2. Oil will plummet to $20/barrel after everyone simultaneously just gets tired of going outside and starts ordering everything online. This will not help the unemployment rate, except in the tech support/telemarketer sector.

3. In science, the Curiosity rover will find evidence of prehistoric milk on Mars. When ancient cheese is discovered, scientists throw up their hands and start plans to explore a less insane planet. 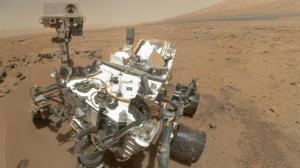 4. In the world of entertainment, male celebrity A will marry/cheat on/cheat with/kidnap female celebrity B.  It will be a big deal. 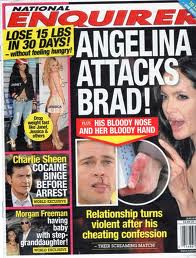 5. Microsoft will re-release Windows 95: Nostalgia Edition for those few who are pining to see the Blue Screen of Death again.

6. The Gangnam Style “horse dance”, along with its spin-off dances, the “llama dance” and “dromedary dance” will replace all other forms of rhythmic movement.

7. Morocco will petition to be part of the European Union, on the basis that they can “see it from their kitchen window”.

8. Many universities will add a PhD in Twitter to their graduate programs. There is a thesis requirement, but it’s predictably pretty short. 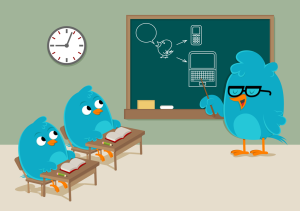 9. Pizza companies will compete to see which one can draw the best gorilla throwing dice on their pizza boxes. This will continue unabated until the formation of the Gorilla Dice Pizza Company, at which point all the other companies will throw in the towel.

10. Against all odds and despite all the naysayers, it will be a pretty good year.

Happy New Year everyone. I look forward to seeing you all in 2013 and beyond.

I am a writer of anything quirky and weird. I love most genres of fiction and in each there are stories that I would consider "my kind of story". END_OF_DOCUMENT_TOKEN_TO_BE_REPLACED
This entry was posted on Monday, December 31st, 2012 at 11:41 pm and tagged with 2013, New Year's, outside the tower, predictions, quirky and posted in Light. You can follow any responses to this entry through the RSS 2.0 feed.
« Visual Fiction – The Blossom Snow
Victory – Friday Fictioneers »