Another story for the Friday Fictioneers. Check out other people’s ideas. 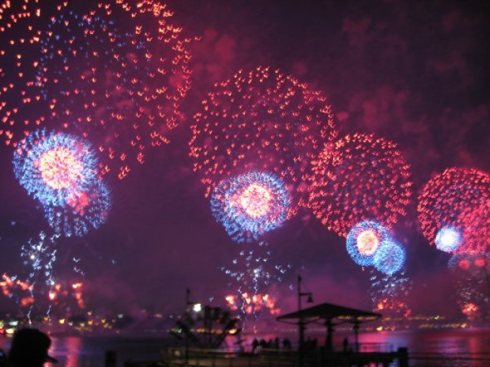 The shells burst in a glorious scintillation of color and the exultant roar of a victor. The world rejoiced.

“Those fireworks are alien signal flares, you know,” Trey said. “They’re not that different from us. Don’t do it, Mike.”

“We need to kill them all.”

“We need to forgive them.”

Mike wished he didn’t have to decide. But he was the one holding the gun.

I am a writer of anything quirky and weird. I love most genres of fiction and in each there are stories that I would consider "my kind of story". END_OF_DOCUMENT_TOKEN_TO_BE_REPLACED
This entry was posted on Thursday, January 3rd, 2013 at 7:40 pm and tagged with aliens, dilemma, fiction, fireworks, flash fiction, Friday Fictioneers, science fiction, victory and posted in Dusk. You can follow any responses to this entry through the RSS 2.0 feed.
« 2013 Predictions: You heard it here first
Visual Fiction – Vanishing World »