A few weeks ago, I took a trip across Korea by myself. I’m kind of an introvert anyway, but another reason I like traveling alone is the total freedom to do random things when I want. On the first day, I had just gotten off my second intercity bus of the day in the small rural town of Danyang in the deep mountains of central Korea. It was about 4:00pm and when I checked the bus schedule to see what time the bus would be leaving in the morning for the national park I was going to, I noticed the word “cave” in one of the destinations.

I had not known of any caves in the area, but I hadn’t known of anything in the area, and there are few things that get me as excited as caves. I looked it up on my phone and found it was only a kilometer away. So I started walking. And I got there just before it closed.

It was called Gosu Cave and was pretty amazing for something I had never heard of before, after almost nine years in Korea. It was a limestone cave with some stunning features.

Another amazing thing about it was although it was very high, it was also incredibly narrow. This meant that as I walked through it, I was very close to everything. You could even reach out and touch some of the formations, although I felt guilty doing that, after years of warnings never to do that (the oil in your skin can damage the stone and prevent the formations from growing.)

There was almost no one there since it was almost closing time. Interestingly enough, the two groups that went in at the same time as me were Americans. They were some of the only non-Koreans I saw the entire trip. 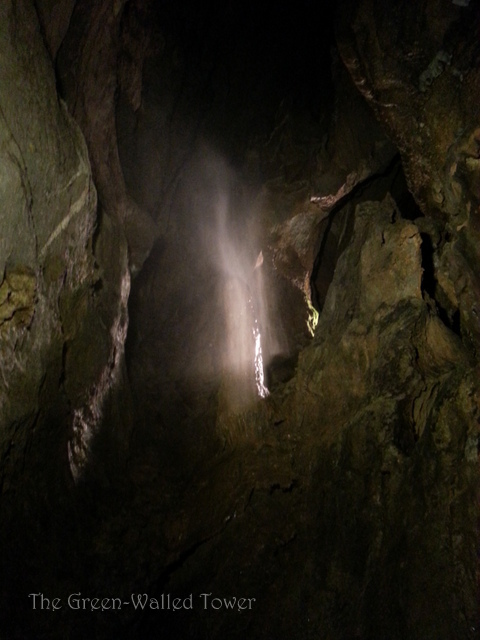 There were two courses, a slightly shorter one that was more for families and a longer one that included everything open to the public. It took about 45 minutes to go through it.

The longer route featured a formation called Lion Rock, which looked like a lion’s roaring mouth. Unlike some rock formations (like the bear that I could kind of see), it was pretty clear. You can see it here: 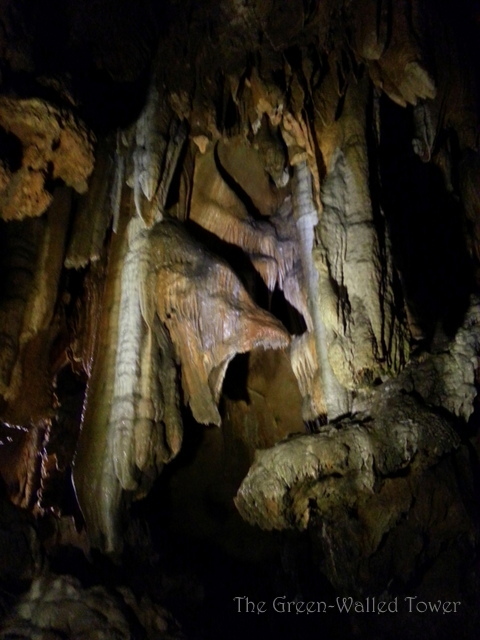 However, this cave was not for the claustrophobic. Some places I had to squeeze through, it was so narrow, and even if I didn’t have my big pack on my back, it would have been difficult. In a few places, I had to get down and crawl for a few feet because the ceiling was so low.

I guess it’s true that we don’t necessarily regret missed opportunities all the time, since we don’t know what we missed, but I am glad things worked out to go here. There was another cave up the valley from this one that I tried to go to the next day, but it was a national holiday (Chuseok) so the cave didn’t open until 12:30 and I couldn’t wait that long. I’ll just assume it wasn’t as good as this one.

Just to prove that I didn’t get these pictures off the Internet.

I am a writer of anything quirky and weird. I love most genres of fiction and in each there are stories that I would consider "my kind of story". END_OF_DOCUMENT_TOKEN_TO_BE_REPLACED
This entry was posted on Tuesday, October 1st, 2013 at 6:05 pm and tagged with caves, Gosu cave, hiking, Korea, photograph, travel and posted in Korea. You can follow any responses to this entry through the RSS 2.0 feed.
« It’s the Sky’s Fault
Enough to Go Around – Friday Fictioneers »