This is a continuing story but I have tried to write it as a stand-alone as well. The previous chapters are The Poison Shop and The Poisoned Child. 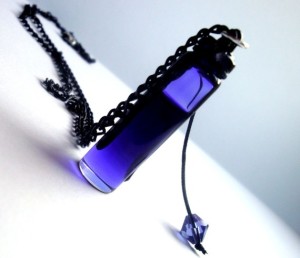 There are less than fifty of us who cursed with the inability to die. Less than fifty who came from that other place, so long ago that it seems like a dream. Some, like the Poison Shop keeper, I hold a casual acquaintance with. Most I never see. Only Terc is my friend and she wears her books like armor.

I am standing in the yard of St. Benedict of Nursia’s Home for Orphaned Children. The children are playing but I am watching only one. It is Theresa that I saw in my death vision, the poison-induced state that is the closest I have to sleep. She is also my daughter, I now know.

Mother Cecilia is leading her towards me, as I have requested. The girl’s eyes are deep and solemn and hint at her long life as her body does not.

“Do you like it here?” I ask Theresa, after we have been introduced and are alone. Mother Cecilia has agreed to this request of mine, but still, she watches us intently from across the court.

Theresa does not answer, simply looks into my eyes as if trying to unlock their secrets. “Are your teachers good to you?” Still no answer. “Do you have any friends?”

“Sometimes,” she says at last. “But always they leave and I stay. When prospective parents come with interest in adoption, the sisters hide me away.” She speaks slowly and with diction that shows she is no pre-adolescent. “If I ask why, they say that this is my home. ‘Many sisters and brothers and even a Mother’ they say.”

“But no father,” I say. “I came today only for you. Would you like to come home, to be my daughter?”

Her face flickers between apprehension and wild, unforeseen hope, like a candle flame caught between opposing breezes. “But I don’t know who you are,” she says at last.

“I am your real father,” I say. My fanciful, believable lies are not crafted for family, and quickly I tell her as much of the truth as time allows. I tell about how I met her mother Harriet Velmann almost 250 years before, in a fit of wild, despairing abandon. I tell about myself and Terc and the others of our cursed race who came from afar and found ourselves trapped by time and immortality. “Now you know me far better than most,” I say finally. “Will you come with me, or do you wish to stay?”

In answer, she reaches out and takes my hand.

Adoption, it turns out, is a complex process that requires almost as much time and money as it does patience. Time and money I have without measure, but patience, very little. So I speak long and earnestly with Mother Cecilia and at the end, Theresa and I walk out the gates together.

“How did you convince her to let me go?” Theresa asks as we walk to my car.

“Mr. Rudolph does similar things, when he comes to visit me.”

“He comes to talk and bring me things. He is a strange, dark man who talks of pain and death a lot. But I cannot complain: until you came, he was my only visitor.”

I try not to show the alarm that I feel at her words, especially when I think back to my vision of her lying dead and poisoned on the floor of the orphanage. I wonder now if Theresa, being half-human, could be killed by normal means.

“Describe Mr. Rudolph to me,” I say. She does, in great detail, and before she is finished, I know for certain who she is speaking of. I hide my fear and drive straight to Terc’s library. 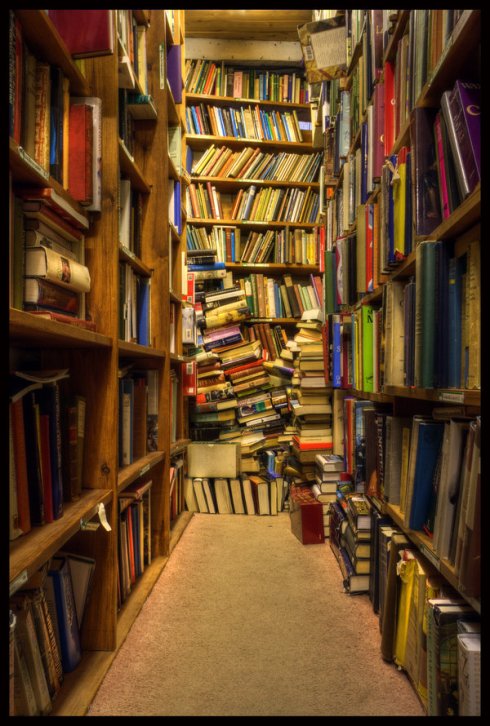 “This is my daughter, Theresa,” I tell Terc when we are standing in her presence. “It was her that I saw in my vision.”

“I see,” Terc says. “Welcome.” She smiles but I know her well enough to see the deep disdain lurking behind her false-warm smile. “Do you like to read?” she asks Theresa. The other nods. “Come side down and read a while.” She leads Theresa off to a corner and finds her some books to lose herself in.

“And when were you busy making her?” Terc asks when she returns. Her intonation is tinged with acid.

“Centuries ago,” I say. “I was close to madness after you— we— I found a human woman for a while.”

“I see.” No mollification.

“Terc, there is something more pressing. Theresa mentioned a man visiting her, calling himself Mr. Rudolph. It is Ram, I know it, but what his interest is in her, I do not know. I have not seen him in almost a century, ever since he embarked on his obsessive quest regarding his vision.”

“Could it be her?” Terc asks. “The one Ram has been searching for? You said that in your vision, you saw Theresa poisoned and dead. In Ram’s vision, a woman kills him. If he thinks it is Theresa, he may be trying to kill her first.”

“Ram never gives up,” Terc says, “and if he thinks that Theresa is going to destroy his body in the future, leaving him alive and unbodied, then he will never give up searching for her. He will find you.”

I am a writer of anything quirky and weird. I love most genres of fiction and in each there are stories that I would consider "my kind of story". END_OF_DOCUMENT_TOKEN_TO_BE_REPLACED
This entry was posted on Friday, November 29th, 2013 at 8:37 pm and tagged with Benedict of Nursia, dark, death, fiction, immortal, orphanage, Poison, poison shop, poisoner, Terc, Theresa, vision and posted in Dark. You can follow any responses to this entry through the RSS 2.0 feed.
« 5200 Words – Friday Fictioneers
Morale Games »

5 responses to “The Poisoner”