Mark had a baby brother—for four whole days. As a three-year-old, he didn’t understand the small box at the front of the church, not big enough for him to fit in, but almost. It wasn’t until he was five that his parents explained who Jared was, his tiny brother he had never even seen.

That night, he dreamed about him. Jared would have been two, if he’d lived, but in the dream, he was running across a meadow of purple flowers, chasing Mark. Mark stopped and tackled the smaller boy in a bear hug and they fell, laughing among the flowers. He had his little brother back. Then Mark woke up. 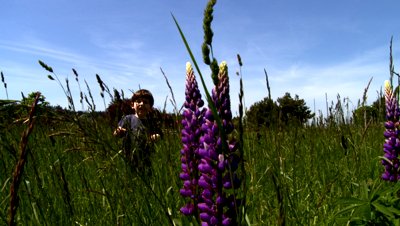 Every night that Mark thought about Jared, he dreamed about him and as the years passed, Jared grew with him. The night before he went to college, he and Jared rode black motorcycles across a barren plain, while an impossibly large moon rose in front of them behind iron-tipped mountains. The night before his wedding, Mark dreamed about sitting in front of the church, rubbing the anticipation sweat from his palms onto his tuxedo pants. Jared sat next to him, silently.

Three years later, Mark thought about Jared right before sleep, but in the dream, he was alone, standing on a wild beach, the sea breeze blowing in his hair. Jared was gone and for the first time in a dream, Mark felt a crushing loneliness come over him, as if Jared had died again; had died for real this time. Somehow, he knew that he would never see Jared again.

Mark woke up with the morning sun glowing on the bedspread. The bathroom door opened and his wife came out. There seemed to be a glow about her too as she sat down next to him and gave him a hug. “I’m pregnant,” she whispered.

He nodded, too surprised to say anything. “It’s a boy,” he said finally.

Her eyebrows went up, along with the corners of her mouth. “Oh really? You’re sure?”

I am a writer of anything quirky and weird. I love most genres of fiction and in each there are stories that I would consider "my kind of story". END_OF_DOCUMENT_TOKEN_TO_BE_REPLACED
This entry was posted on Tuesday, February 4th, 2014 at 9:59 pm and tagged with baby, brothers, death, dream, fiction, pregnancy and posted in Dusk. You can follow any responses to this entry through the RSS 2.0 feed.
« 5 emoticons with a story (and personality)
Jasper’s Lamp – Friday Fictioneers »

15 responses to “The Dream Brother”