A slice of humanity on the bus

All writers should take the bus, at least every now and then. Or the subway. Really anywhere where you can observe a lot of different people up close. I take the bus almost every day and I see some interesting people.

Last Thursday, I was taking the bus out into the countryside to one of my four schools. I was sitting in the back when a mentally handicapped man and an older man got on and sat down next to me, the  handicapped one closer to me. He was interested in my book and pointed at it and gave me a thumbs up. Then he motioned to the older man and said, “He’s my dad.” This caused the older man to start laughing, so I didn’t know if he really was his father or not. I just said, “Oh, really?” “Oh, I see” and such things, since he kept saying it.

A lot of the people on the bus were older and seemed to know each other, so I felt like I was in kind of a community meeting. Then the handicapped man said, “He’s fifty” pointing to his “dad”, who started laughing even harder and said, “Yeah, I wish I were fifty again.” I really liked the older man; just a jolly sort of fellow.

A middle-aged woman came back, and saw there weren’t any seats left, so I gave her mine. Her husband was still standing up, with his backpack on. “Hey groom!” she yelled (Korean woman often call their husbands “groom”, although I’ve never heard a man call his wife “bride”). “Hey groom! It’s going to be a long ride. Take off your heavy backpack.” He took it off and put it on the floor with a grin. “That’s my groom for you,” she said. I saw other older women smiling and nodding as well. They understood.

The two men who were sitting next to me got off a few stops before me and the handicapped one gave me an awkward high-five. I smiled and said good bye. I went back and sat where they had been sitting and the woman I had given up my seat to apologized. I’m not sure why but possibly because she thought the handicapped man was bothering me. “Not a problem,” I said. “It’s okay.” And I meant it. I may never totally fit in here in Korea, but I do enjoy being a part of things anyway.

By the way, a few days ago, I posted something called The Mystery on the Bus, recounting another experience I had on a bus coming home from school. I asked people what they thought was going on. The first virtual high-five is for Carmelita, for the wackiest idea (I almost wish it were true), and the second is for EadesyBeadsy, for what I think is the most likely answer. Good job! 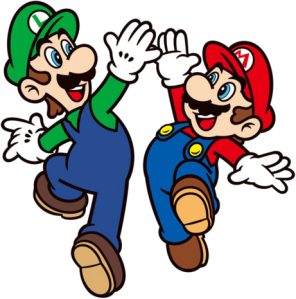 I am a writer of anything quirky and weird. I love most genres of fiction and in each there are stories that I would consider "my kind of story". END_OF_DOCUMENT_TOKEN_TO_BE_REPLACED
This entry was posted on Saturday, April 12th, 2014 at 9:01 pm and tagged with blogging, bus, commuting, daily life, Korea, mystery, outside the tower, Wanju and posted in Korea. You can follow any responses to this entry through the RSS 2.0 feed.
« Homecoming – Friday Fictioneers
What if…? »

7 responses to “A slice of humanity on the bus”