This story is much later than I usually post it, but it’s been a crazy week in a lot of respects. For one thing, I just got a new job, so I’ll be moving to Iowa very soon. Hopefully, soon thereafter things will finally get back to normal here at the Green-Walled Tower. I also have a bonus story today: my 6-year-old nephew Henry saw the picture and wrote a story for the picture. He has a great imagination. 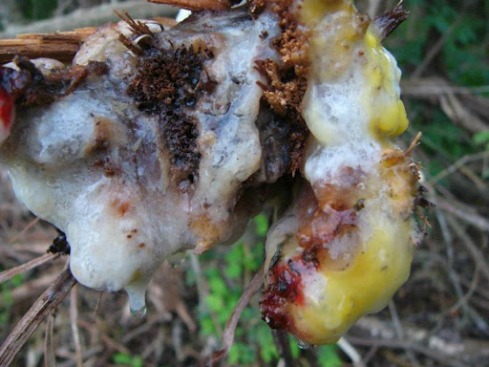 “. . . and that’s why I’m carrying two tons of powdered sugar, the burnt remains of 8000 Pikachu plushies, and assorted donkey organs across the desert at night.” My palms were sweaty as I finished my convoluted, yet totally accurate explanation.

The cop who had pulled me over stared at me and then his face slowly cracked into a smile. He began to laugh until tears were streaming down his face and he was pounding the side of my car.

“Yeah, but you’ll still have to come to the station. They’ll never believe me otherwise.”

There was a person who stepped on it, and then the sticky goo floated up into the air and the person floated up on it. Up, up, up.

Then it jumped way up and went into space and hit into Earth and broke into pieces and saw a castle and went in and there was a dragon inside, and it was a king dragon.

I am a writer of anything quirky and weird. I love most genres of fiction and in each there are stories that I would consider "my kind of story". END_OF_DOCUMENT_TOKEN_TO_BE_REPLACED
This entry was posted on Saturday, August 30th, 2014 at 9:46 pm and tagged with fiction, flash fiction, Friday Fictioneers, funny, police, quirky, sticky and posted in Friday Fictioneers. You can follow any responses to this entry through the RSS 2.0 feed.
« Truck Reborn – Friday Fictioneers
Memory Flames – Friday Fictioneers »