My first instinct was to write a story about Nepal, in recognition of the terrible tragedy that just occurred there. The reason it hits so close to me is that we have a very large population of Nepalese students at my university and one of my students is from Nepal. Actually, just a few days ago we were discussing in class what natural disasters occurred in their countries and the Nepalese student said none, except maybe earthquakes. That kills me now.

But I think it’s too soon and I don’t want to write something that will depress me further. So, instead I wrote something utterly bizarre and zany, because that’s who I am and sometimes I’m in the mood, and sometimes it’s just a coping mechanism. I hope this introduction didn’t kill the whole mood of the following story. 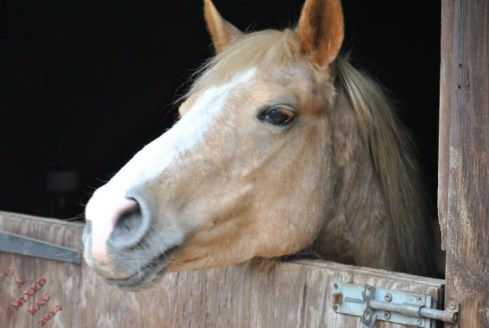 Mark woke up one morning and found that he had turned into a horse. His first thought was, I don’t have time for this Kafka-esque crap. I’ve got stuff to do. He tried to check his phone but he cracked the screen with his hoof. He was so frustrated, he kicked a hole in the wall.

His mother ran in and stopped. “Did you turn into a horse?” she asked.

Mark stamped once, for yes. “What a bunch of Kafka crap,” she said. “What are we going to do now?”

Mark didn’t know how many times to stamp on the floor to answer and he had no answer anyway. She sighed. “I suppose I’ll call into work for you.”

Later that day, a man showed up at the door. “We hear your son turned into a horse. That’s illegal, you know.”

“Who exactly are you again?” she asked.

“I can’t tell you,” the man said. “Just have your son show up at this address for his trial. He needs to write out a deposition himself too. Make sure it’s legible.”

“What a bunch of Kafka crap,” Mark’s mother said, slamming the door.

His father was reading a blog story. He pointed to the screen. “Well, it could always be worse.”

*This story references two Kafka stories: The Metamorphosis, and The Trial. To understand the last line, click the hyperlink.

I am a writer of anything quirky and weird. I love most genres of fiction and in each there are stories that I would consider "my kind of story". END_OF_DOCUMENT_TOKEN_TO_BE_REPLACED
This entry was posted on Sunday, April 26th, 2015 at 12:04 am and tagged with Alastair's Photo Fiction, fantasy, fiction, flash fiction, funny, horse, Kafka, metamorphosis, police, trial and posted in Light. You can follow any responses to this entry through the RSS 2.0 feed.
« Snow Angels in Hawaii – Friday Fictioneers
My Nightmares Smell Like Pink »