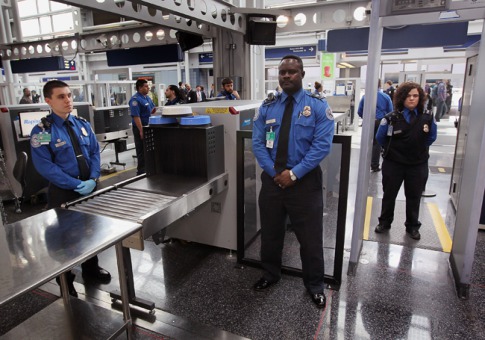 Kelly stood in line for security at the airport. He emptied his pockets, took off his shoes, took off his belt and waited. He walked through the scanner. It beeped.

“We’re going to have to pat you down,” one of the security agents said. They patted and prodded him thoroughly in front of the waiting people and then sent him back through the scanner again. It beeped again.

“Better take off your pants,” the agent said. Kelly blinked in surprise but finally took off his pants and sheepishly moved through the scanner. This time it did not go off.

“I’m pretty sure there wasn’t any metal in my pants,” he said as he put them back on. “How did you know?”

“Oh, this isn’t a metal detector; it’s a dignity detector. You’re clear to go now. Have a nice day!”