The Id of Life – Friday Fictioneers

The Id of Life

I am super late this week in posting my story for Friday Fictioneers. There are several reasons for this, including being very busy at work, but one main one is that I am finding Friday Fictioneers stories harder and harder to write. It’s not that I can’t think of a story: I could probably sit down and write a hundred stories in a row for any given picture. It’s just that as time goes on, my standards for myself for originality and quality keep increasing and after 113 100-word stories, I feel like everything has been done. That’s one reason why I play around ways of presenting stories: I feel like I’m stagnating or at least I don’t want to. Sometimes a story that I like comes right to me, but usually it doesn’t and these days, I often agonize about it for days. If you do Friday Fictioneers stories, do you ever feel this way? Is it just me?

Elise picked up one of the crayons from her father.

“Make them colorful,” he’d said. “Bring them to life.”

She left the first one blank; drew a happy face on the second. The third had clothes and hair.

The tenth took all week. Finally, the light glowed off her perfectly shaded face. Her name was Galatea; Elise had ten pages of history for her. She was Greek. And liked chocolate and rainbows.

Elise put down the pencil and Galatea’s arm floated up as if waving, blown by an imaginary breeze.

This is a story for Alastair’s Photo Fiction.

“How old are you?” Erin asked the mayfly perched on her arm.

“About two hours,” the mayfly said. “Sorry if I seem distracted; I really need to find a mate.”

“I’m going to fly around, find a mate, have children, maybe go sightseeing—I’m hearing good things about the yard across the street. I don’t even need to stop to eat.”

“Busy life, you mean. When you’re a mayfly, you gotta go like there’s no tomorrow. Because there isn’t one. So, what are you going to do?”

Life can be pretty convoluted sometimes, twisting us up in knots.

Sometimes it can be downright thorny and leaves us feeling exhausted and all scratched up.

There are times when things aren’t as trustworthy as they seem at first.

And then there are those days when we feel alone, and have a bad hair day. The world seems like a bleak place in those times. 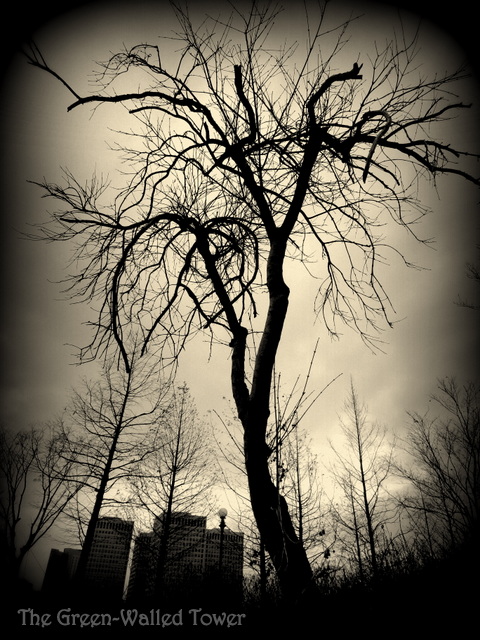 But then there are those times when life throws unexpected surprises and joy in our path.

And those blessed times when we can find someone to stick with forever, someone to share everything with.

But in the middle of all the chaos, and all the ups and downs, don’t forget to look for the magic moments hidden in each day.

(These are all my own photographs, taken in Korea.)

It just looked like a nice place to rest.

I came across the site while I was toiling through thick undergrowth on the side of a nameless Korean mountain. There was no gravestone to identify the person buried beneath and I barely thought about it as a grave as I threw my pack down and stretched my sore muscles.

Fatigue and a soothing bed of springy grass made me drowsy and my eyes closed on their own. All I could feel was the cool firmness of the grave under my back and the warm sun on my face.

Suddenly, it was night and I was standing in a village of houses with thatched roofs. Over the low, outer wall of the nearest house, I could see the door open and a woman was holding a newborn baby. It was crying and its face shone red in the lamplight.

The scene changed and I now saw a boy standing by the street, watching Japanese soldiers march into town. The boy was now in school, learning Japanese, whispering in Korean with his friends, and being beaten for it when he was caught.

The scenes began to move faster and faster. The boy was now a man, wearing the uniform of the South. I saw his name tag: Hong Deok-Jin. I saw him guarding a harbor, sneaking off to see his family, being caught and reprimanded, then sent to a small island as punishment. I saw him leading the counterattack against North Korean boats, then being rewarded for it.

The war was now over and the man lived in a small house with his growing family, his war medal tacked to the wall of the kitchen. I saw one fishing boat sink under him; watched him work with friends, saving money for years to buy another boat. I watched as one son and a daughter died and three more got married and set grandchildren on the man’s knees. The man’s wife finally passed on and I saw the man make his way painfully to the beach each morning to look out over the water, sitting on a rock with his wrinkled hands on his knees, looking and thinking.

Finally, I saw the procession of children and grandchildren carrying his body up the mountain slope to the grave. The family was too poor for a granite gravestone, but I saw them laboriously carry stones up the slope to build the wall around the site. Each year, family members would come to clean and maintain the grave, but then they stopped coming and the trees and undergrowth began to encroach upon the protecting walls.

I woke up with a start. Several hours had passed and the air had gotten chilly. I jumped up, suddenly apologetic about my careless use of another human being’s resting place. I was far behind schedule and needed to move on, but I couldn’t go right away. First, I cut a thick piece of wood and laid it on the grave for the next person who would come across the grave. On it, I carved in English and Korean:

The Joy of Sitting on the Edge

Sitting in the window of my lush, ivy-covered tower, I looked down and thought, with my heart all aflutter—

Why didn’t I build a railing on this window?

Life doesn’t need a railing! Live life to the fullest, on the edge, in the wild, in the heat and passion and ecstasy of the moment!

You won’t say that if you fall and smash your head.

Sometimes you need to risk all to live happy and free and doing what you believe in. Safety is for the timid! I’d rather die than never truly live.

What about the people that would cry if you got hurt or killed?

Yeah, well, you see . . . Thanks a lot, rational side. I was trying to have a moment there. 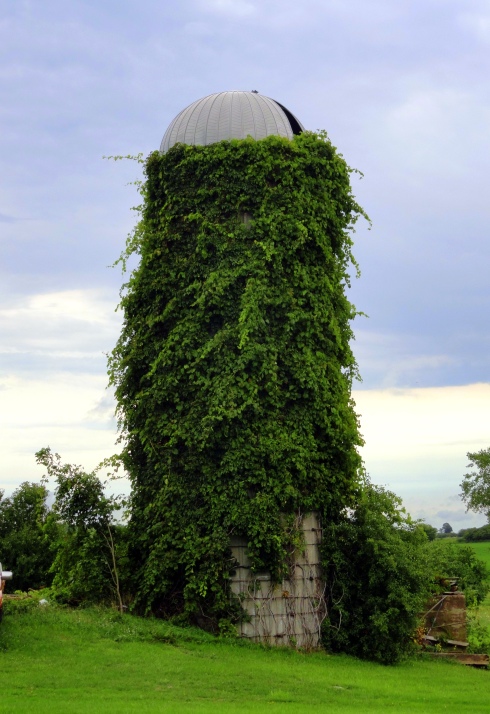 some of my own photography