What Does This Button Do? – Friday Fictioneers

First of all, apologies to all the Fictioneers whose stories I didn’t get  a chance to read last week. I’ve been doing a lot of traveling and it’s hard to read and comment on my phone. However, this week I’m going to make up for it by reading all of them.

Also, this story may seem a bit confusing, but stick with it to the end. 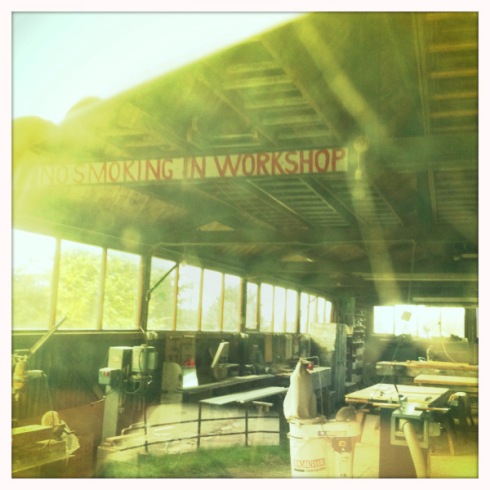 What Does This Button Do?

Just before the bombs struck, Patty pressed the button.

As she reached the workshop, she heard the dreaded drone of bombers above.

There it was, half-buried.

Penny scrambled over wreckage, biting back the scream that kept trying to rise.

The workshop! Was it still untouched?

She peered out of a burning hole into a hellscape littered with bodies and burning cars.

The next day, the bombs fell; Patty woke to heat and smoke.

“It reverses the flow of time,” her uncle said. “Don’t touch it.”

“What does this button do?” Patty asked.

This is a story prompt by my good friend, Sharmishtha Basu. Read the original post and her story here, and many others on her great blogs. This story is a bit darker than some of my other work, just as a note of caution.

The lightning crashed again, blinding him for a few seconds. It lit up the old building behind the trees. He noted that the road has forked to two obscure paths a few feet away from him, the right turn led him to an old, dilapidated mansion, which perhaps had some intact rooms and a caretaker. The left one disappeared in the shrubs and bushes.

Someone has been stalking him ever since his car broke down. He could hear him or it but had not been able to catch a single glimpse even after turning back dozens of times…

Philip took the turn on the right. He wanted to get to the house before the rain started. He came out onto an overgrown lawn and saw a small door partially open on the first floor. Welcoming light was spilling out from the crack. With a final glance behind him, he hurried across the lawn and through the door.

He found himself in a corridor of whitewashed stone that immediately made him feel uneasy. There was a faint, chemical smell in the air that reminded him of morgues and taxidermists. The door creaked behind him. He leapt for it, but it was too late: the door slammed and a lock clicked.

Philip ran back and pushed on the door but it did not budge. With a sense of apprehension, he turned and continued along the corridor. It ran for fifty feet until it turned a corner and opened into a glass-walled room that looked out onto a stark-white laboratory lined with machines and microscopes. The glass room he was in occupied a quarter of the room. In the center of the room were two large, clear cylinders that reached from floor to ceiling. The further one was empty. Inside the nearer one, curled and immobile, stood a nightmare.

Imp was the word that came to Philip’s mind when he saw it, then hag. It was humanoid, with spindly limbs and a face that was pulled forward with a long protuberant jaw and exposed fangs. It was female, he saw, with withered breasts that hung limply down on its stomach. Long claws grew out of its hands and feet.

A metal door slid down across the entrance to the corridor, jerking Philip’s attention away from the monstrosity in the cylinder. A moment later, a man walked into lab from another door. He was dressed in all black so that in the purely white lab, he seemed like a hole in space, a negative of reality.

“It was you, wasn’t it?” Philip said. “Who followed me from my car? What do you want with me?”

“You can undress and pile your clothes in the corner,” the man said. “You’ll have no need of them anymore. If you don’t, I’ll have to gas you and do it myself, but I’d rather not. Don’t think about trying to call for help—cell phones don’t work in here.”

“What are you going to do with me?” Philip, as a feeling of dread went through him.

“I’m sure you have noticed Hecate,” the man said, indicating the cylinder. “This is the crowning achievement of my work. I developed her with specific goals: to be ruthless, agile, cunning, and fertile. She is almost ready now, just a little more and she will be ready to wait for someone—for you, in fact.”

Philip started to ask a question and then decided he did not want to know the answer. The man saw and laughed.

“Hecate was once like you or me, just a normal girl that got lost on her way home from a party. She came to the fork in the road and turned right, ending up where you are now. It will take more than a year, I warn you, but someday, you will be like her. Then the two of you will come together, the mother and father of a new race. Now please, remove your clothing.”

The man sighed. “Have it your way.” He turned away and turned on a machine on the side table. As soon as his back was turned, Philip drew the pistol that was tucked in the back of his pants and pointed it at the man’s head.

The glass was thick, but no match for a .44 bullet. The shot shattered one of the panels of glass that made up the containing room, missing the man’s head by inches. He threw himself to the floor as Philip shot again, smashing another panel of the wall.

Philip climbed out the glass room, sending more bullets smashing through lab equipment and glass partitions. The man in black kept dodging and weaving, trying to get to the door. Philip’s last bullet smashed through the nearest glass cylinder and light blue fluid poured out onto the floor.

“No! She’s not ready yet!” the man screamed. He ran to a computer terminal and started typing in commands. Behind him, the thing in the cylinder moved.

It started with a slow unfolding of its limbs, as if it were just waking up. Then it lifted its head and Philip caught a glance of its watery yellow eyes before it turned them on the back of the man in black. It took one long, delicate step out of the shattered tube and then a flying leap, silently and with claws extended.

The man screamed and the two figures fell to the floor, locked together in a frenzy of limbs and fangs and blood. Philip ran for the door that the man had entered by and ran up the stairs. He came out into a dark, musty main hall and found the front door. Just before he left, he opened his Zippo lighter, lit it and dropped it on the carpet. Then he fled out into the night.

The next day, Philip read how the old mansion on the edge of town had mysterious burned down. The damage was further increased by the explosion of several large tanks of chemicals that had been stored in the basement. The eminent but reclusive Dr. Hasgrove was found in the basement, dead from unspecified wounds. No other people or creatures were found.

Philip moved to another city a month later. He kept his eyes open for news of strange attacks or disappearances. There were none that he could find, but still, when he was out at night, he thought he could feel something behind him, stalking him.